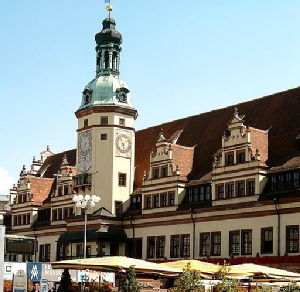 Now I have been several times in Leipzig, is a town best known for its music since many famous composers lived or were born here.
The old town centre is a great place to shop, and a very beautiful area, with gothic and baroque churches, lovely civil bourgeois architecture, mostly of the XIX century, but gothic, baroque, belle époque, art noveux, functionalism can also be found in perfect harmony. 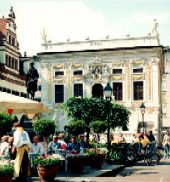 All this makes for it self Leipzig an unique place on the pan-Germanic world imagination. There is probably no other place in Germany where people are so open-minded (in ex equo with Cologne) or so friendly (in ex quo with Hamburg or Luebeck). And on the other side, though we are on manly protestant ground, peoples happiness for living is not far from the one of the Rhine Area.

*Leipzig is a great place to visit and have fun!!! * 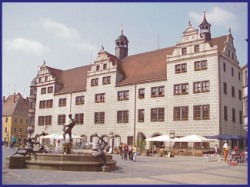 The reason why I'm going this weekend to Leipzig is because my sister is on Hospital. She is pregnant and she has got some complication, nothing to be really afraid, but the doctors said it would be better to stay on the hospital the next five weeks, she needs to rest and there is a risk of premature birth.

My sister Luisa is a lovely person, she is very intelligent, but sometimes gets on my nerves because she is so hyper-active. She is married with André, a nice guy, he is from Brazil, Rio de Janeiro, but he is half German. They all live in Torgau. 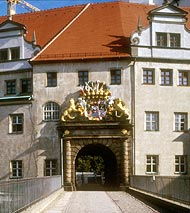 Torgau is a little renaissance town, which was on the XVI the capital of Saxony. We can still find on the centre of the old town the enormous towers of the previous rulers of Saxony. Now Torgau is also known for Luther's teaching, and for his wife who also lived here. Last but not least, though a terrible event in the all human history, it was here that the soviet and the American armies meet, west and east, after such a desespering war who just lead to distrotion. Torgau seems untouched, both by the Nazi madness and by the soviet mega construction hysteria. Quite charming, but go first to Wittenberg, and if you have some two hours left than visit Torgau, 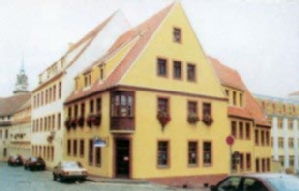 and by the way go eat in the Ratskeller, wonderful food, not expensive in the beautiful Town Hall on the Markt Platz.
Accommodations are very cheap here.

If you really have loads of time than pay us a visit. Napoleao Weinhandle is a Portuguese wine enterprise. Feel free to come and taste wine, Port or even old Brandies. We are lodged in an old soviet huge cultural centre, a wonderful building. Just ask for the "Haus der Metallarbeiter" everybody knows where it is (Sueptitzer weg 49).