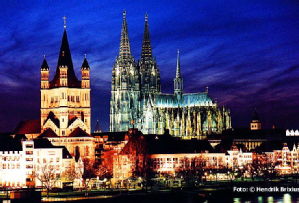 The best deal that a student living in The Warwick University Campus may ever get 13,98 £ return!!!! Direct from Coventry to Cologne.

*"Die Metropolis" *
Köln is such an auto centric city that its inhabitants do believe that they are on the centre of the world.
Cologne's name comes from the Latin colonia the Romans had here and advance settlement. If you are interested on this visit the Archaeological Museum near the great Cologne's cathedral. 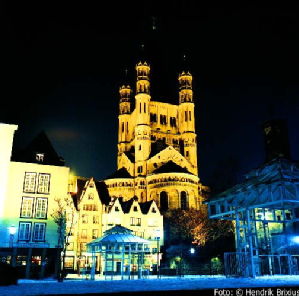 Cologne's Cathedral is considered the highest gothic cathedral on world (?) is really huge and it worth to take more than a half hour to go to the top. The view is just stupendous!!!! Cologne citizens are really proud of their cathedral. During the II big war almost all Cologne was destroyed and the cathedral was the only building standing up, it was just very little damage, contrasting with the deep devastation cause by the British Air Force. It tells the legend that Emperor Williams the II statue defended with its sword a bomb that was intended to destroy the cathedral. Kölners really believe it so doesnt even dare to question it. 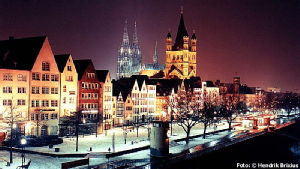 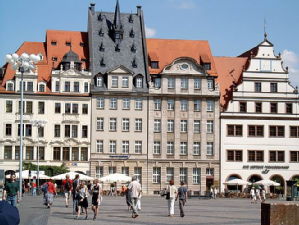 All this things make the Koelners believe that they are in a kind of unrecognised worlds centre. This strong magnetic obviously contrast with the fact that cologne is not a financial or industrial centre, but even so its one of the richest German cities.
Düsseldorf its the eternal rival of Cologne, so if you feel like provoking the Koelners than just joke about it, I assure you it works and you will get an answer soon (or later!!)
It's wonderful to *show off *in Cologne. Shopping, dress funky, drink bear in the most popular coffees and be always with a smile on their mouth, because that's all Cologne is about!