All entries for Saturday 23 October 2004

2nd Day: I went to the beach 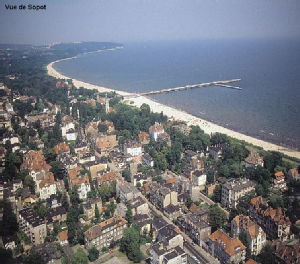 Dear readers, I went today to the beach. I love it. Today it was quite worm. I took a bike frm the hostel, they are free, and there I went to sopot. In between I stoped in Oliwia, a outside department of Gdansk. At the beginning it looks like is tis a quind o rural area of Gdansk, and it is. It is sunday so there was a market place. I brought tow apples and peers. They were dilicious. On my city map there was a sign for a big churche I I biked a bit further. A nice Juegent Still church, made of dark red briks. The inside was white full of light, with very interesting strutural solutions, giving the place a cosi enveirement. 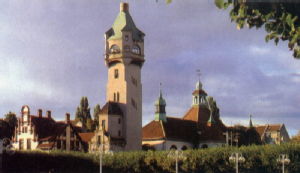 I didn't stay long, just the enough time to apreciate my second apple and peer. They were dilicious, I shoud had bought many more, they were so sheap. Now the big atration of Oliwia is the big gotic/baroque cathedral. I was not expecting much, since the all area seamed so simple. Somo nice would houses of some last century middle class with nice gardens and that was all. The facade was very nice. 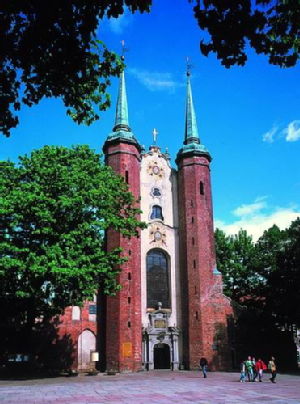 Two big gotic towers, on the same gotic north german (or should I say hanseatic) style. But the inbetween of the two towers had been transform to the elegand evy catholic barroc of the east/central europe. But it was when I got inside that I was astonished. It is a wunderful place. And it seams it was a very strong meaning for the Polish history. I didn't realy understand why. What I understand from this church is that there was almost two Gdansks, one theotonic, hanseatic, swidisch, prussian, and later german, resformist and protestant, the habour city. And there was the polish catholic surroundings continusly struglling with the other city. The Oliwia cathedral was first a inflution monasthery in the Polish court a place of culture. Later on was elevated to cathedral and head quarter of the roman chatholique church of Gdansk. It is a very impressive place full of history and very priety and imponent.

Behind the Cathedral there is a old neoclassic palace where is the Contemporary Polish Arts Museum. The palace is of poor simplicity and to tiny to be interesting. The museum was very interesting to visit, on my point of view, but I resisted because I sill wanted to go to the Beach, during the day light!!!!
The gardens behind the cathedral and around the unfortunate palace are just beautiful, small rives and lakes. Very Nice.