First gaming session with the Computing Society was interesting. Despite lacking a monitor/TV to hook up a PS2, I ended up using an arcade emulator and a few tournament videos as a temporary measure to put on some games on display, until someone is generous enough to bring a monitor in. 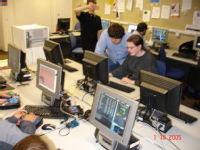 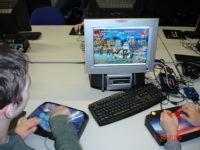 okay, so everyone button mashed, and perhaps ended up using the joystick upside down, but still was a good laugh. 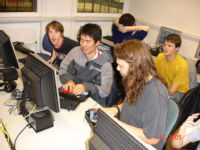 Some chinese dude called Lei dropped by and gave us a brucking-up exhibition on King of Fighters '97, and ended on a positive note with some intense games on Street Fighter II Turbo. 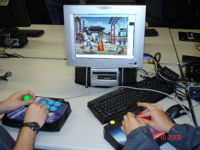 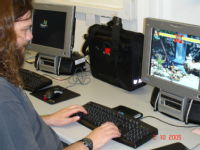 hmmm has Bucko seen the light, to join the fighters bandwagon? to be continued …