All 5 entries tagged Something Awesome

I would like to share a story that is now been the second time sent to me... a funny story that I had no one to share with the first time round I got it. Now I have the chance to share and here it is:

Four friends, who hadn't seen each other in 30 years, reunite at a party.

After several drinks, one of the men had to use the rest room. Those who remained talked about their kids.

The first guy said, "My son is my pride and joy. He started working at a successful company at the bottom of the barrel. He studied Economics and Business Administration and soon began to climb the corporate ladder and now he's the president of the company. He became so rich that he gave his best friend a top of the line Mercedes for his birthday"

The second guy said, "Damn, that's terrific! My son is also my pride and joy. He started working for a big airline, then went to flight school to become a pilot Eventually he became a partner in the company, where he owns the majority of its assets. He's so rich that he gave his best friend a brand new jet for his birthday."

The third man said: "Well, that's terrific! My son studied in the best universities and became an engineer. Then he started his own construction company and is now a multimillionaire. He also gave away something very nice and expensive to his best friend for his birthday: A 30,000 square foot mansion."

The three friends congratulated each other just as the fourth returned from the rest-room and asked: "What are all the congratulations for?"

One of the three said: "We were talking about the pride we feel for the successes of our sons. …What about your son?"

The fourth man replied: "My son is gay and makes a living dancing as a stripper at a nightclub."

The three friends said: "What a shame…what a disappointment."

No, I'm not ashamed. He's my son and I love him. And he's lucky, too. His birthday just passed and the other day he received a beautiful 30,000 square foot mansion, a brand new jet and a top of the line Mercedes from his three boyfriends."

Follow-up to The fittest survive or the most read? from Fiona's blog

I am glad that some people actually read my weblog. YEAH. Well somehow it seems these days EQ and interpersonal skills gets you further than IQ.

To avoid being sued for plagiarism I hereby give credits to whoever wrote the following clever mathematical formula.
Unfortunately I don't know who wrote this originally but I received it through my inbox from my friend William (don't know his surname either).

Here's a little mathematical formula that might help you answer these questions:

AND, look how far ass kissing will take you.

So, one can conclude with mathematical certainty that while Hard work and Knowledge will get you close, and Attitude will get you there, it's the Bullshit and Ass-kissing that will put you over the top.

As I stare into the Yangtze delta of China and attempt to look upside down of the world. A spectacular view just appeared in my face. During the summer holidays I went to Miami for a short week with the Atlantic Ocean a few foot step away and a balcony that overlooks the vast ocean the blue just mesmerise me, just as this blue sky with this layer of white haze clouds hovering over earth making is glow like a halo. The small window from my seat make it seems like how everyone picture heaven. It is beautiful but a photo would not mean much it is the feeling. The over-whelming feeling of the beauty at our door step that we often take for granted. 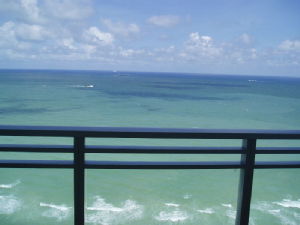 Have I turned into an actor in Sex in the City or was I dreaming?

I went to see Eyes Lies and Illusions exhibition today with Harriet (an old friend of mine) which was SOMETHING special. Obviously cant be as special as the power flying system or the drum of the Olivier Theatre at the National Theatre which unfortunately due to Health and Safety reason we were not allow to visit there at our backstage tour of the National Theatre.

Going to an exhibition with Harriet can always be fun. This exhibition has lots of rooms and activities you can do. We were passing a room with a black and white floor and a pinhole to look through. It takes 3 people to achieve what it was designed to do and there only two of us. There was this well-dressed good-looking guy wondering on his own helping us out with is experiment. Thereafter we seem to be following each other around the whole exhibition considering the number of rooms and floors there were involved. Consistently Harriet and I found ourselves in a dark room with him. Weird but nice! He was so cute that we felt like it was similar to being in an episode of Sex In The City rather than being in real life. He seemed to be quite a gentleman!

If I were to live that moment again I think I would have reacted differently! Though I certainly didnt regret it!

Oh what a FABULOUS show! The stage, the lighting, the sound, the actors, the costumes, the puppets, the acting, the flying, the tech crew, the EVERYTHING was fabulous apart from minor sightline problems.

His Dark Materials is a Philip Pullmans trilogy Northern Lights, The Subtle Knife and The Amber Spyglass. The staged version has spitted this awesome trilogy into two 3-hours parts. The stage apart from awesome it has a rotating drum and a rotating circle around the drum. The amount of time the drum take to revolve or the circle could rotate 180 degrees or the power flying system could moves its hooks forward and downwards, or a half drum to rise up to take the full stage!

The have the TOP-class actors there. The puppets were awesome. The spins showed flexibility and the heads looked so real. The cloth which is so loosely mounted onto the frame but it felt so real.

Definitely a MUST-watch production. Only downfall was it been 6 hours long!

As I was waiting for half an hour for the never-quite-on-time Jane this was my view— a miserable winter morning of South Bank: 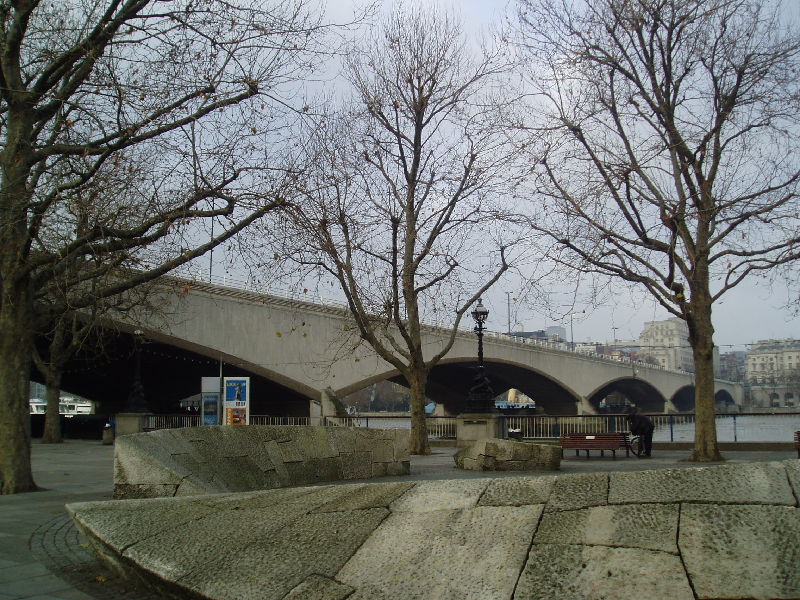