The Afterlives of Wuthering Heights 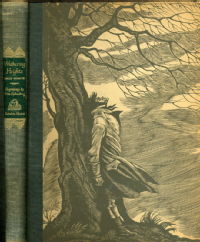 This is something I discussed in a piece for the Knowledge Centre on The Victorian Texts that TV Forgot, thinking particularly about the 2011 film of Wuthering Heights as a good example of how new adaptations of familiar texts can add value to wider understanding and interpretations of novels. There's also an interesting piece on the Knowledge Centre about Jane Eyre adaptations.

My original review of the Wuthering Heights film picks up on some of the themes of landscape and setting that we'll think about next week, and can be read here.