well kids, DO NOT FORGET to come and watch this 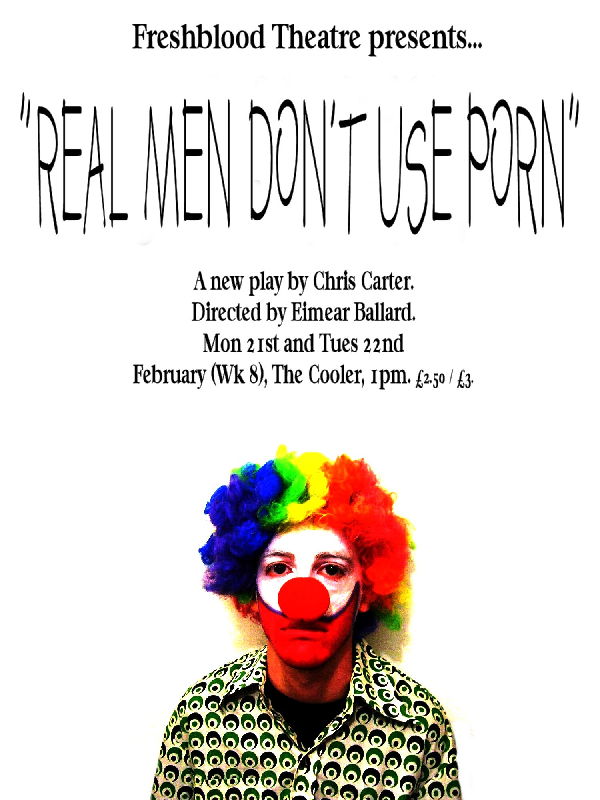 Warning: This play contains scenes of an explicit sexual nature and should not be seen by anyone with their head stuck in the 1940s.

(nb. There will be a Warwick Anti-Sexism Society Q&A session with Carter and myself after the first performance on Monday for anyone who's interested).
Don't miss this one