things which i have spotted in other peoples' gardens this week:
– innumerable fake palm trees
– a 6foot dalek
– a dog in an armchair
– a WOLF.
i've been trying to get a photo of the wolf but i haven't succeeded yet. i'll keep trying, though. it looks a bit like this, if you can imagine this tied up in a chav's garden. 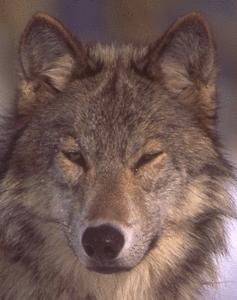 carter, my mum's just asked if you are my boyfriend. jesus. can you imagine?
i've just seen 'goodbye lenin' for the second time and it is such an incredible, beautiful film…i very highly recommend it!

is it any wonder, considering where i live?
well now, it's late march, and that can only mean one thing for belfast… it's time for the annual Titanic festival. with no hint of irony whatsoever, 'titanic: made in belfast' generates a week of festivities during which the northern irish capital celebrates one of history's biggest metaphors. great stuff! very well done, belfast! 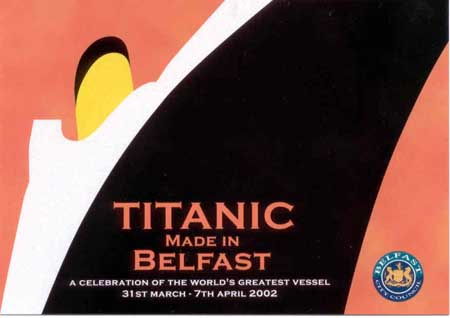