home for easter eh?
bloody hell!
now, i'm not a discompassionate person, i hope. but i am more than a little bit bored of seeing headline news stories about gail porter's depression, for the sake of all things holy. apparently, 'porter has suffered from depression since the birth of her daughter Honey two years ago'. i'm sorry about that, and everything, but come on. surely this shouldn't be taking up so much space in the news. between her tears, porter managed to splutter out the following statement: "I fell apart. I took a couple of pills, then a couple more, then I poured a vodka and Diet Coke and another one and another one. "I don't know how many pills I took and I don't know why I felt so low but that's all part of the depression I suffer from…It was a cry for help, not an attempt to commit suicide, but it was stupid because I've got a beautiful baby.'' oh dear. maybe i'm a cynic hardened by years of media exposure in postmodern hyperspace, or something, but i just can't get on with the idea of people who are genuinely depressed talking about it like this to interviewers. anyway, i can't help but wonder how the outcome would have differed were porter's baby not beautiful at all, but instead looked a little bit like this.

hmmm. on reflection this post was quite simply a mouthpiece for that ugly baby photo. but look at it!!

no, really though. i love babies. look at how much. 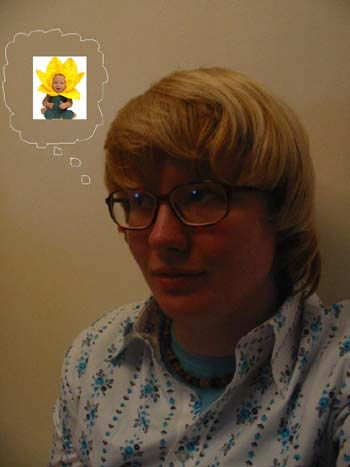