and now for something completely different

now, new topics are needed. i can't talk about revising for exams as i don't have any, which makes me feel like this… 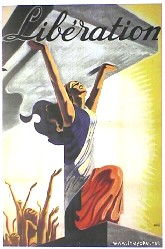 …i can't talk about contemporary politics because i just don't have enough brains left over from my ridiculously intense dissertation.
so, instead, i think this blog should go back to fulfilling its old remit of light entertainment – and therefore i'd like to propose the new poll:

WHAT'S THE STUPIDEST THING THAT ANYONE'S EVER SAID TO YOU?

that's right, comment with your stupid quotes and the most nonsensical one will no doubt win some sort of prize.
come on kids!

46 comments by 1 or more people