what a deeply bizarre situation 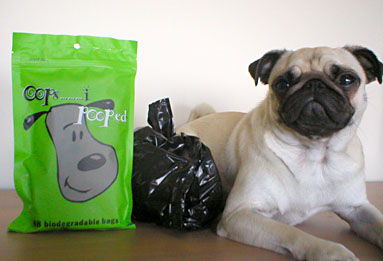 so, now, i'm in a situation which is either something along the lines of 'we can work it out' by the beatles..
"Try to see it my way; do I have to keep on talking till I cant go on?... Life is very short, and theres no time for fussing and fighting, my friend. I have always thought that its a crime, so I will ask you once again…Try to see it my way, only time will tell if I am right or I am wrong…"

or maybe it's more 'most likely you go your way and i'll go mine' by bobby d…
"You say you told me that you wanna hold me, but you know you're not that strong… I just can't do what I done before, I just can't beg you any more… You say you got some other, other kinda lover, and yes, I believe you do! You say my kisses are not like his, but this time I'm not even gonna tell you why that is. I'm just gonna let you pass… yeah and I'll go last…"

or maybe it's more like 'cold man's nightmare' by cathy davey…
"It's a cold man's nightmare to be warm where she lays; and he's to go through fire to make sure that's where he stays…It's a cold man's fever to be loved in return; for every warm embrace, he acquires the taste for getting burned. Don't let me go, even if I said so, I'm always thinking of you…It's a warm girl's nightmare to have you by her side, For every look you give her sends a chill right down her spine. What will I do? Couldn't stop if I had to…"

what is actually is though…is 'flake' by jack johnson:
"I know she said it's alright, you can make it up next time. I know she knows it's not right, there ain't no use in lying. Maybe she thinks I know something, maybe…maybe she thinks its fine. Maybe she knows something I don't…I'm so, I'm so tired, I'm so tired of trying. It seems to me that maybe…well, it pretty much always means no. So don't tell me – you might just let it go. And often times we're lazy; it seems to stand in my way. Cos no one, no, not no one likes to be let down… I know that when she said she's gonna try, well, it might not work because of other ties, and I know she usually has some other ties, and I wouldn't want to break 'em, nah, I wouldn't want to break 'em, no. Maybe she'll help me to untie this but until then well, I'm gonna have to lie…"

in fact, i think it's most likely a 'hey baby' by dj otzi situation…
"Hey hey baby, ooh, aah, I wanna know if you'll be my girl."

anyway, never mind all that. 'tish and fipsy', you're probably saying right now. and i agree with you. home is grand at the minute, it's so beautifully sunny over here right now, which is ace. my faith in northern ireland has been slightly restored since my flight over here (which ended with the plane skidding to a halt at a perfect 45 degree angle from the airport and knocking over one of those mobile staircase things) although i must share this incredible news with you… in its desire to be independent to varying degrees from both the united kingdom and the republic of ireland, ulster has its very own and rather bizarre legal system. i think that in most cases, it emulates the british system, but there are certain loopholes; for example, northern ireland's refusal to implement the legislation on wild animals which is probably in place throughout the rest of europe. henceforth, the people down the road from my gran have just bought a wolf, which sits in their front garden looking menacing and scares the piss out of me every time i walk past. mind you, that's not the weirdest thing i've seen in a neighbour's garden over the past few days. no no. that prize must go either to the dog in a sofa keeping watch over the street…or possibly to the 6foot dalek which is pointing its exterminator ray thing out at passersby. bangor? i love bangor!