Oh my God! Check out the exploits of Chuckle Brother Barry here.
What a naughty Barry!

Twas the Night Before Christmas by Matthew Briant aged 11
The boys didn't believe in Father Christmas. They lay waiting for their father to creep into the bedroom. Suddenly there was a noise in the chimney.
"W…what's…what's that?" stuttered Sean, the youngest of the three children. "I don't know," said Gavin meanfully. "Let's go and find out," said the adventurous voice of Neil, Gavin's twin brother. Neil thinks himself a bit of an Indiana Jones so he grabbed his torch and led the way downstairs.
"We'll try the lounge first," whisperedd Neil, "after all that's where the chimney is." So they marched in. Little Sean didn't know whether to be excited or scared, as a matter of fact he'd lost track of what they were doing but he soon remembered when Neil looked up the chimney for clues. "Nothing in the chimney," announced Neil. Meanwhile Gavin was trying to burn holes in the wrapping paper of his Christmas presents with his torch to see what they were. The boys were getting very tired now so Neil decided they all went to bed. After giving up his operation Gavin went to bed too.
Gavin and Neil fell asleep straight away but Sean was too excited to go to sleep so he just lay awake. Sean lay in bed thinking about Christmas and all of the presents he would get when he heard the jingle of bells. He immediately woke up the twins and they crept downstairs. They peeped into the lounge to see a red and white figure fly up the chimney. When it had gone the children walked into the lounge to find to find lots of presents. "Was that Father Christmas?" said Sean. "Could have been," Neil replied, "but let's go to bed now. We'll see what the presents are in the morning."
When they were in bed they looked out of the window and saw a sledge pulled by raindeer fly across the moon. Ever since that night the children have believed in Father Christmas.

Imagine it's being read by David Bowie and you'll hear Aled Jones wailing in the background.

Merry Christmas one and all.

How do? How do? Here are the songs we picked for your pleasure today:

The News, including an interesting story about Daisy Chaining, more to follow.

Cheers to all of you who listened.

Here, for your literary pleasure, are both Mattanory stories from last week. And hello by the way!

Missing by Matthew Briant aged 9
Last week I lost my favourite wrestling toy. The day before I was playing with it in the car and on the day I lost it. I was thinking where could it be. I looked high and low, I looked in every nook and cranny except for one particular place. It was behind the drawing pad near the telephone!

More of an anecdote than a story, but it was still full of suspense. I like the 'on the day I lost it', it makes me sound like a football manager. Anyway, onwards! For the next story I had to write a first and second draft. I like this one for the drastic changes in characters between takes, be they human or animal…read on:

The Haunted House by Matthew Briant aged 9
One sunny day Jane and Paul where playing football, suddenly Jane kicked the ball too high and it went over the brick wall. Paul and Jane climbed on the wall then Jane saw the ball. While Paul picked up the ball Jane looked through a broken window, then Jane said "Paul do you have the feeling someone was watching you" "nonsense" said Paul "but then again maybe you're right." Paul and Jane both looked through the window then they saw yellow eyes staring at them there was a silence then Paul and Jane walked back ran off home got their water-pistols, toy swords and set off. When they went in the house Paul first then Jane but then they saw a black cat. Nobody owned the house nor the cat so Jane had to look after it. Paul already had a dog and things were fine.

Second Try
Paul looked through the window. There staring through the darkness of the house were two eyes that blinked at Paul.
"Michael do you have the feeling someone or something was watching you?" Paul said.
"Nonsense" said Michael. "But then again maybe youre right."
Michael came up to Paul. Michael saw the eyes and they was a silence. Michael and Paul ran home to get their water-pistols and toy swords and set off back to the house. When they got back there weren;t just two eyes but three pairs of eyes. Three black stripes. Paul and Michael went in and found a family of racoons. They rushed home and called a zoo keeper and found out that the racoons were missing from the zoo and things turned out to be fine.

No suspense in the latter version but the racoons were a twist worthy of M. Night Shyamalan! In fact it's better because the racoons aren't predictable. More Mattanory next week.

Don't forget to tune into the show on Thursday at 1, but until then why not vote for RaW in the Web Radio Awards? Raw's up for several categories and all votes would be most welcome. You can access the site here. And why not ask them to nominate Donkey Punch for Best God-like Show or something? 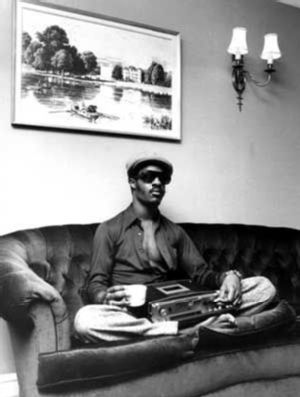 Right, glad that's out of my system. Erm…Hello! As you can probably tell I'm working like a man with no limbs trying to swim the English Channel (Clever Dick! Hohoho). But fear not! Donkey Punch returns on Thursday at 1pm despite…everything. So tune in whilst you revise and maybe, just maybe, you'll enjoy working, although i doubt it. Coming up this term is another cover versions special, and towards the end of term (drum roll)....the Donkey Punch Brian Blessed SHOUTY SHOUTY Special including the great man himself reading extracts from his autobiography of his childhood, 'The Dynamite Kid'. 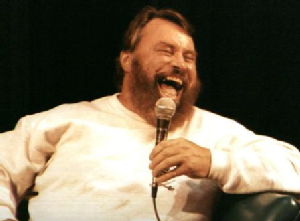 Look at his big happy face. So that's Donkey Punch on RaW 1251AM.
Who wants to live forever? DIVE!!!
Matt xx

What do you call your monkey?

I…have a monkey, and his name is Frosty. Obviously I don't own him, but he was adopted for me by my lovely girlfriend Sarah as a Christmas present last year. As such, i receive quarterly newsletters from the Monkey Sanctuary Trust which, i'm delighted to say, has Frosty's Story in the most recent edition. So here are the highlights of Frosty's Story, so you too can share in my monkey love. Think of it as this week's Mattanory, as you'll both laugh and cry, and see if you can tell why Sarah picked Frosty as my monkey. Oh, and see if you can spot the monkeys named by the lone chav that seems to work for them:

All About Frosty
Frosty the black-capped capuchin monkey arrived at The Monkey Sanctuary in August 2001. He is famous for his large size and incredible Elvis haircut.
Frosty came to us overweight, lonely and psychologically damaged from his previous life at a kennels. He was so fat when he first arrived he could not balance on the ropes.
Frosty missed out on the most fundamental need for these social and intelligent creatures: the company of his own kind. He had at one point lived with a female and a baby, who sadly both died. Since arriving at the Sanctuary, Frosty's progress has been impressive. In fact, not long after his arrival, he learned to speak 'woolly' and say hello to them.
As the first capuchin here, he has had the advantage in meeting all the other capuchin monkeys. Peppy came first, and he and Frosty spent a glorious week together, grooming and playing. Unfortunately they then fought and still tend to be aggressive towards one another. Gary arrived next [Gary the monkey? Not quite the same is it?], and if Peppy is present, they will sometimes gang up on Frosty. However, these three boys have formed a strong relationship and even when separate will play together, notably the game 'pass-the-stick' invented by Peppy.
It is with the most recent arrivals that we have seen the greatest change in Frosty. When Coco and Chanel [Chanel?!!] arrived, Frosty was very shy and did not cope well. Slowly however, Frosty met Chanel and much outrageous flirting and mating ensued [slut!]. Recently he has spent time with Coco and they have enjoyed games and grooming sessions [Frosty, you player!]. When Frosty is with these two together, they are very boisterous and playful and we have to make sure they don't intimidate Frosty in their almost constant attempts to play [see, he is a player, and irresistable to women].
Frosty is a happy chap these days and becoming increasingly confident with his socialising skills.

A picture of Frosty will be in the gallery in weeks to come. In the mean time, why not go to the monkey sanctuary website and sign the petition to end the trade in primates as pets because, let's be honest, a monkey would be a great pet until it throws its poo around. Oh, and it's cruel too. Access the website here