Call for rethink on regulations based on the USS dispute

This letter by two senior pensions professionals, Frank Curtiss and Tim Wilkinson, published recently in the Financial Time sets out with absolute clarity how it is badly thought out regulation that is harming pensions.

They say, “actuarial and accounting standards, bolstered by several pensions acts, have become alarmingly divorced from the economic reality of running a defined benefit scheme.”

They suggest that the employers’ body, the UUK, and the members’ union, the UCU, combine forces and effect “a shift in the regulatory balance back towards a sensible view of real-world pension costs” and call for “A sustained large-scale academic assault on decades of regulators’ mistaken focus on point-in-time market values and inappropriate discount rates” 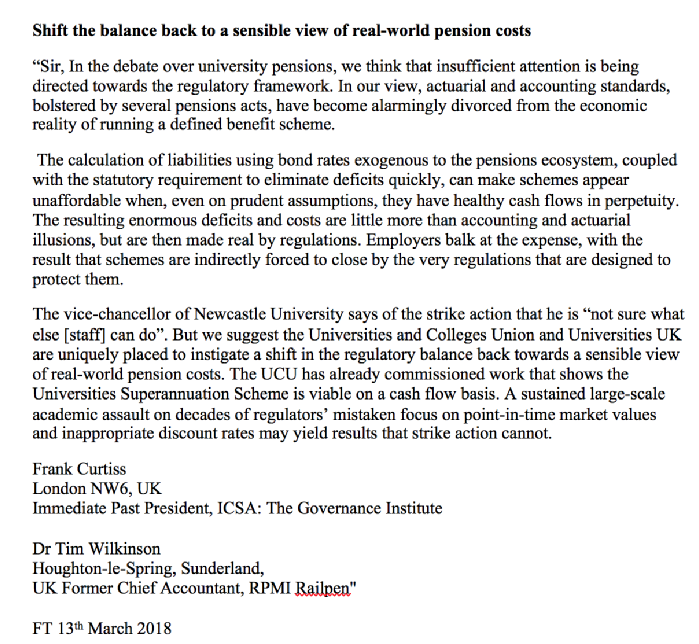