This may just be something which only I see, but why do some people believe everything which is written in a paper. I’m making no comments to the particular papers I agree or disagree with but I’m getting really annoyed with people who blindly take in rubbish. Ok so here’s the situation which has got me thinking about this I’m sitting at work (yes I know Tesco is perhaps not the best place to expect reasoned arguments) and someone starts telling me how all the bridges in America are about to fall down. I didn’t help the situation by claiming that loads in the UK were as well.

This person had read a report on the Minneapolis bridge and decided that now every bridge in the US was about to break. I accept this incident has highlighted problems which may be linked across the country as every incident does but she was exagerating slightly. Then out of the blue she blamed Bush’s war in Iraq for the state of America. OK so that’s pushing the boundaries every so slightly I can see her argument slightly but why do people feel the need to blame this Iraq conflict for everything that happens or at least bring it up. Anyways the details of this incident are not necessarily important. My point is and todays rant is people who blindly believe what journalists say! Or don’t see the gaps in a story, and these are the most dangerous kind of people, people who cannot think for themselves.

Ok so I have decided to actually use this blog and I am going to use it to let off my annoyance at well everything. This is because genuinely I’m usually quiet but feel I need a valve to release all that is annoying me in my little universe.

Ah ha I have re found de blog I thought I’d put a message on it as apparently I haven’t in v long time maybe I’ll put my thoughts on something soon, May take me a while to come up with a thought though

Ok so I've been browsing and thought I'd have a go at this life thing. I'm not sure it's enitrirely accurate I mean what do you class as a friend etc, plus I have a confusing life. Still here's the little chart 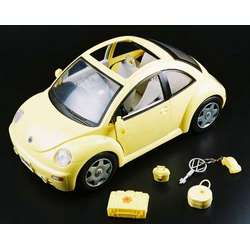 Cool pic my car really could do with a clean

OMG why is there always so much to do and as soon as you think you're getting there there's more. Assessed essay in next week why do I think this will be a last minute thing. Can't believe the weekend is almost over and i know I'm not going to get anything done tomorrow v.tired.