All entries for Saturday 18 December 2004

Had a really good lesson today so feeling v buoyant. Doing circuits again but for once beautiful clear skies. Every landing was a good one – and definately feeling its coming together. There was a strongish 9-10kts wind along the runway (good for takeoff) however wind direction was a bit variable and there was quite a bit of turbulance on the climb and landing phases.

on turning to final – should make sure that you are not below 700ft – if altitude approaches 700 ft need to increase power (possible up to 2200 rpm) to ensure that height doesn’t drop. Should only descent below 700ft after turning onto final

Got a letter from Coventry Flying School stating they are changing aircraft from next March – so I could be flying in either a Piper PA28 Warrior 111 or a Robin 2160. 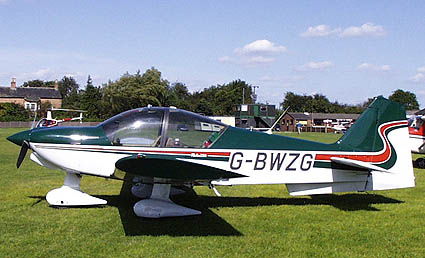 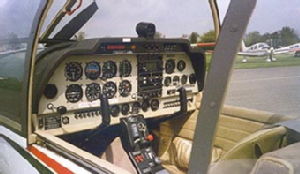 Both are low-wing aircraft so are very different to the Cessna 152. Also the Robin has the added complication in that it has a stick rather than control wheel. The Piper is a standard training aircraft and is theoretically easy to land so hopefully the transition period won’t be too long