All entries for Tuesday 09 November 2004

For some unknown reason we couldn’t do circuits at Coventry airport. Air Traffic Control said it was due to traffic (didn’t seem much going on to me though ) so we were diverted to Wellesborne near Warwick. This is a a much more difficult circuit to fly as you have to make a sharp right hand turn just after take off to avoid flying over a village. And also the runway is shorter – much shorter

However I did five landings of which I thought only 2 were okay (Mark instructor said 4 were okay). Half way through the circuit exercise we were joined by another two circuit flyers. Luckily I wasn’t fazed by this but Mark said they were getting a little too close to us so we did wider circuits just to be on the safe side

No really learning points.. seems that I will be doing a lot of flying in squares for the next month or two 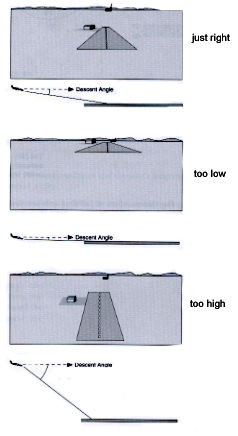