All entries for December 2017

Simplicitas, which appears for the first time in Lucretius may be translated as simplicity, or, in a moral sense, as frankness, innocence, and honesty. Ovid in Tristia 1, 5, 39-42 asserts that his simplicitas caused his exile:

Often faith even among his enemies in arms has been praised by Caesar; when it exists among his own, he loves it; in an enemy he approves it. My case is still more favourable since I did not nurse strife against him, but earned this exile by my simplicity.

The mistake(s) which led Augustus to exile Ovid has been endlessly discussed. Ovid often refers to it, but he is so vague that finding out the real cause is unrealistic.

In Ovid, as well as in the majority of Augustan poets, simplicitas has a negative and unforeseen outcome: it is responsible for his exile. In Horace (Sat. I, 3) simplicitas has a positive meaning only when it corresponds to the ideal of moderatio; Livy (40, 8, 2) admits that in his day only children could display sincerity.

Honesty and frankness make Ovid weak and exposed to the anger of Augustus. Despite Suetonius (Aug. 71, 1) once defining Augustus as simplex, Augustus did not appreciate this quality in the poet. Ovid is overly naïve and does not consider the effect of his disposition. In doing this, he is comparable with the female heroines of his myths. Despite her malignant attitude, Ovid defines Medea (alongside with Cidippe and Phillys) as simplex because she believes in Jason and subsequently loses everything.

Tacitus himself seems aware of the perils resulting from simplicitas (hist. 3, 86). Speaking of Galba, the historian describes the emperor as a man in possession of simplicitas et liberalitas, qualities which, Tacitus remarks, will prove the ruin of their possessor, if unchecked. Tacitus’ words here echo Seneca’s earlier advice: simplicitas is a double-edged sword.

In the preface to the fourth book of Naturales Quaestiones, Seneca identifies simplicitas as one of the strategies used by those who want to put on a pretense.

Wines give courage and make men apt for passion; care flees and is drowned in much wine. Then laughter comes, then even the poor find vigour, then sorrow and care and the wrinkles of the brow depart. Then simplicity, most rare in our age, lays bare the mind, when the god dispels all craftiness. 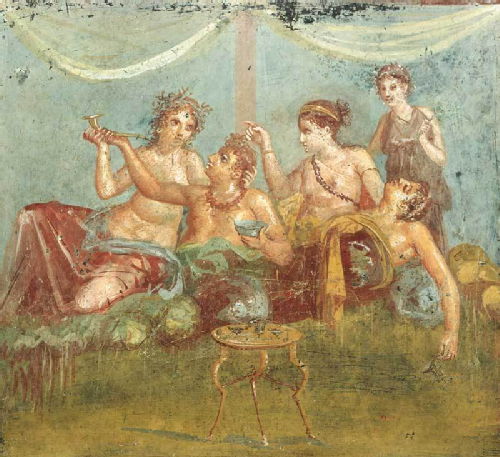 However, in Seneca’s view, it would be anachronistic to reintroduce simplicity: the philosopher is conscious that simplicitas would be unsafe (parum tuta simplicitas) at the imperial court. In his writings simplicity is on the opposite pole to dishonesty: ideally, simplicitas must be preferred to simulatio, nevertheless at the imperial court it is better to put on an act than to be frank. In De Ira Seneca refers to the historical exempla of men who, refusing honesty (simplicitas), don a mask in order to be disingenuous, nevertheless the Stoic philosopher justifies them.

Martial (epigr. 10, 47) identifies a series of specific features that make life happy: amongst them, he includes the ability to purposefully adopt simplicitas (prudens simplicitas).

Simplicitas went from being one of the most well-respected hallmarks of the ancient Romans to a sign of questionable moral character; a good quality which came to imply pernicious consequences. Due to this, if people still possessed a natural predisposition to simplicitas, they had to be able to moderate it. In the Roman Empire simplicity was allowed only if checked.

Barchiesi, A. The prince and the poet: Ovid and Augustan Discourse (Berkeley-Los Angeles-London, 1997)

Rudich, V. Dissidence and Literature under Nero: The Price of Rhetoricization (London, 1997)

Currently, Martina is a PhD candidate in the Department of Classics and Ancient History at the University of Warwick sponsored by the Wolfson Association. Her project investigates the discourse of flattery in Seneca’s philosophical texts, and analyses the extent to which Seneca developed a theory of adulation. More broadly, her interests within Classics focus on the Latin literature of the first century A.D. Along with Seneca, she works on Petronius and Lucan. She has a strong research interest in the connection between literature and history in Imperial Literature.Email: M.Russo@warwick.ac.uk