I hate the waiting game. My best friend has fallen out with me and at the moment I don't know whether she ever wants to be my friend again, I'm not going to go into why its happened. All I want to do is ask her if she can she herself trusting me again but due to the circumstances I can't actually ask, all I can do is sit here wondering.

I wonder if it is like Schrödinger's cat, perhaps she is both my friend and not my friend at the same time until the point where I actually ask or look. I suppose by that reackoning I should just ask and the question of friendship will be decided, if only things were that simple though, unlike Schrödinger's cat time will more than likely play a part in the final outcome.

I don't really have time to be pondering whether the friendship is over or not though, I have a large-ish feasibility study to do that's due in tomorrow, although to avoid work I found a picture of what I think Schrödinger's cat looked like (before it was put in a box and died of starvation – I guess time did take it's toll after all) 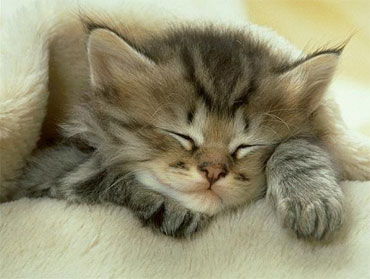