All entries for Wednesday 01 December 2004

Todays title is a little bit irrelevant mainly because I had a title in mind but now can't remember it so I just put the first thing that entered my head. Today has been a funny day, it started with me having my database systems coursework marked, after waiting (because I turned up a few hours early to get it out of the way) and I got an evil marker. I feel the marking system is unfair, the mark you achieve seems to depend more on the marker you recieve, I also feel that the marker should be competent enough to mark the work, which mine clearly wasn't.

I argued with him over a particular aspect till he eventually decided we should ask the lecturer who told him that I was right. This wasn't over a complicated matter, something as simple as inserting a subset of column values into a table. He was refusing to give me the mark because I'd chosen to exclude the columns Ididn't want to insert into (which will implicitly set the excluded columns to NULL by default) as opposed to using the explicit method of inserting into all the columns and using the NULL keyword for the ones I don't have data for. I got 80% in the end which isn't bad but I think I deserved more.

Sorry to all those who have no idea what I was just rambling on about then, those that do will hopefully feel my pain. Anyway on with the day… I then had about an hour to waste before my lectures so I checked my email to discover that the purpose I was supposed to be meeting someone later for is no longer needed so I didn't need to go for my marking early anyway. I had my 2 lectures and then had to waste another hour hanging around on campus as I had agreed to meet someone else at 2pm.

I have been known to meet random strangers I've met on the net but they've always been gay guys, I've never met any straight guys before, in fact I don't think I've ever made any straight male friends on the net, I usually only talk to straight guy I've met in real life. I was kinda nervous although I have no idea why as it's not as though I was being judged on my sexyness (I may have been judged on my usefulness in his bid for world domination though).

It was a pleasant experience all in all, defintely made a new friend I think. It's amazing what lending people stuff can do, although by lending him one of my DVD's I had withdrawal symptoms from being a DVD short and bought 6 more since to compensate, he's cost me a small fortune. I spent just over an hour in his room, one of the topics we talked about was our poster collection so I'd like to take this opertunity to show you my favourite poster. 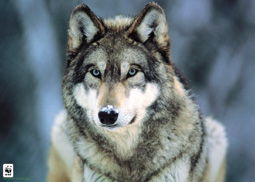 So all in all its not been such a bad day, making new friends is always nice, especially when you know there's no real ulterior motive unlike when meeting a gay guy who for all you know may just want to sleep with you. Can't see this guy wanting to sleep with me (even if he was gay :P ), not that I'd refuse I don't think :S