All entries for Saturday 18 February 2006

A short ride around warwickshire

However, bouyed up by beating the car in the "go green week" bike vs. car leamington-campus race earlier this week, I thought it might be fun to take the road bike out for a spin. And indeed it was. The roads were (mostly) dry, the weather was warm enough that I didn't need 8 million layers (note to self: still need thick socks though), and the views were pleasing. East of leamington there's a great network of little villages joined up by quiet roads, and this route takes advantage of many of them. The GPS said 34.5 miles, in about 1hr 50, which I thought wasn't too bad considering the large number of hills between Napton and Burton Dasset. 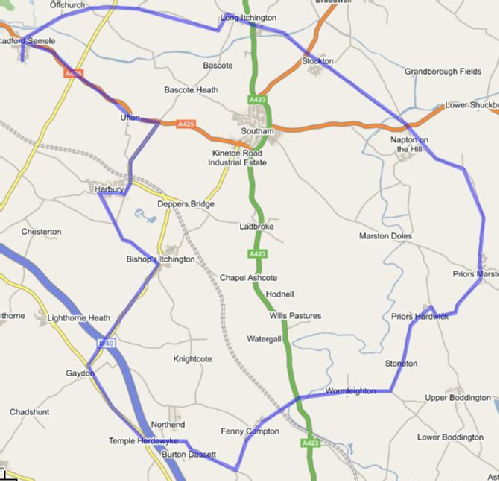