The Blog Of Monkey 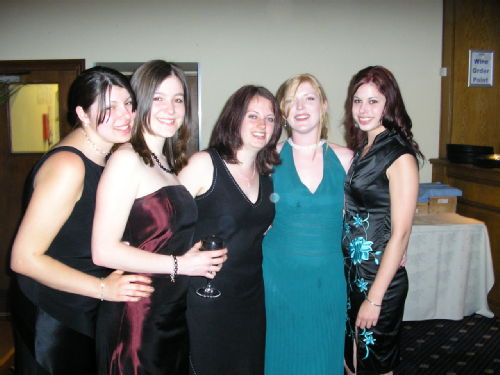 See my gallery for more…

After spending a night in a little dress and silly shoes, nothing is gonna move me outta my joggers for a very long time!

I guess this is why I've never worn high heels before.

But cheers to everyone who organised the Chem Ball!

Someone Needs To Be Screamed At And Beaten With A Massive Stick….

So Abu Hamza is in prison for a bit.

And the BNP nazis walk free.

And their crimes are so totally different…. how?

The little faith I had left in our justice system has just been shat on.

Oh, but wait. The race hate from the BNP wasn't aimed at the British people. So it's perfectly acceptable. Silly me.

I got an email through this morning about voting for some Union policies, and a couple of things seemed off to me – if I've got any facts wrong, please let me know, and if you're gonna comment with your views, please be respectful of the fact that people will believe differently to you.

The first point being the smoking ban in the union. I'm personally against this to start with, but then I saw this included in what the Union will resolve to do with this new policy:

_"4.That cuts to Union services, as a result of this policy, will begin with the following: –
· The least commercially successful events (possibly including Vapour, Crash, Pressure, Coalition, Heat and live music events);

· Computing and support facilities for clubs and societies."_

Crash and Pressure to be closed due to them being "less commercially successful"?! The times I've been, they have been extremely successful! And Crash is one of the few, if not only, alternative nights the Union holds! Plus all this crap about cutting down on society funding. Societies are the best way for people to meet others with the same views/tastes/interestes/etc; a great way of making friends and making the most of your time at uni. Are they fuckin' crazy?!

The other point was that they want to adopt a policy of No Stance on the issue of abortion.

At the moment, the Union is Pro-Choice – this means that it fully supports any member if they decide to have an abortion, and they also fully support those who think abortion is wrong and want to keept their little sprog.

_"This Union Believes:
1. That no individual group has the right to impose pressure on a woman to choose whether or not to have an abortion.
2. That the violent and distressing tactics of anti-abortion groups such as Operation Rescue, who have stormed clinics whilst abortions were taking place, should be condemned.
3. That the tactics of the Society for the Protection of the Unborn Child (SPUC), such as taking out an injunction to stop a woman having an abortion in 1996, should be condemned.
4. That Life provides biased counselling and information, which emotionally blackmails women and does not provide them with any necessary information which they could not have got from pro-Choice organisations such as the British Pregnancy Advisory Service.
5. That having a pro-Choice policy does not dictate what individual students views should be on abortion, but simply reaffirms freedom of choice."_

Now, I'm having a lot of trouble seeing what the trouble with this is. The argument from a lot of people is that as the Union are Pro-Choice, they are forcing those who believe abortion is wrong to look elsewhere for support. What bullshit! That's not what Pro-Choice is about. It's about respecting an individual's views and giving them the advice and support they need for whatever action they choose to take. Had the Union adopted a Pro-Life policy, you can bet your arse the same coutesy would not have been shown to those who believe women have the right to choose! (As can be seen in point 4 above).

And with the past actions of SPUC (1996: taking out an injunction to stop a woman having an abortion) and Operation Rescue (stormed an abortion clinic whilst the abortions were taking place), is it any wonder they are going to opt for taking the stance they have where people are encouraged to make decisions based on their own morals?

When will people learn that their views aren't the correct ones just because they're theirs?

I don't think I can fully express to anyone what it feels like to stroke a male lion. 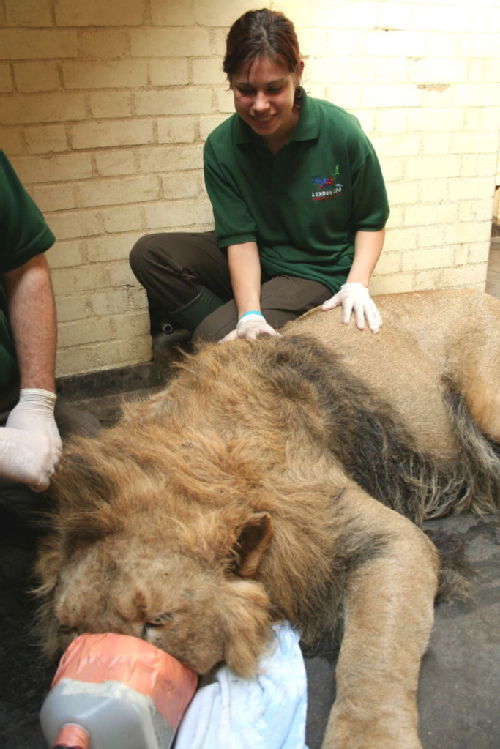 I did voluntary work at London Zoo, helping out with the monkeys (my absolute dream job, it turns out!). I formed a bond with the tiny tamarin monkeys (now an endangered species, and the zoo are breeding them well). I was also feeding other types of monkeys, as well as gorillas. But the tamarins were my favourite – they were eating millworms from my hand by the end. :D

I miss my monkeys….

I Need Your Help For Making Poverty History

My friend Louise is trying to play an important part in the White Band Day 2 for Make Poverty History.

The G8 summit has not done everything it could have to help the third world debt. There is still a lot more to be achieved for its 3 main aims:
1) for fair trade and justice.
2) for more and better aid.
3) for cancelling the debt.

Louise's idea is to get as many people as possible to donate whatever they can, as well as send us their dream for the future. It can be anything – personal or general – and will be written on a hand, which will be stuck up on a huge white banner. The idea is to have loads of hands from all ethnic backgrounds on one white banner (she's arty!) to symbolise everyone making this particular dream come true.

If you would like to help, leave a comment here and I will organise a letter explaining everything, and a form for your dream and donation to be sent to you. My MSN address is in my user info bit, so if I have no contact details for you, please email them to me.

We aim to have this banner up and completed in time for September 10th (White Band Day 2), so replies are needed ASAP.

If the Blitz couldn't take us down, then who the hell thought today's fiasco would?!

To those who did, I merely laugh.

And repeat a quote I heard earlier, that makes me proud to be a good ol' Londoner!

"We've told a better class of bastards to fuck off!"

Just an entry to welcome everyone back after Christmas! Hope Crimbo and New Yr was good – now for mucho drunken antics in the union!! Mwa ha ha ha haaaaa!!! :D