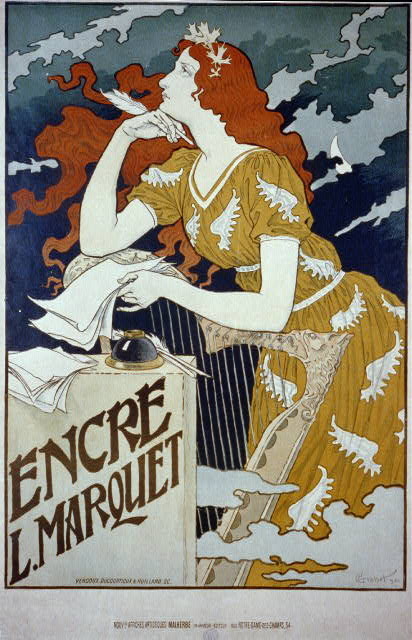 A quick update on the conference that I'm organising, "Women Writing Space: Representations of Gender and Space in post-1850s British Women's Writing". The deadline for paper proposals was yesterday, and we have had an overwhelming response to the call for papers- I thought we were doing well when a week ago we had around 20 abstracts, but the last-minute response has been phenomenal (especially yesterday, 18 more suddenly came in!) so we now have over 50 proposals to read!! Given that we can only accept around 8, it is going to be very difficult to decide on a programme. Whilst many of the prospective participants are from the UK (including much support from our Warwick colleagues), I'm amazed at the international response from a range of different countries and it's wonderful to see that this topic has prompted so much interest from around the world.

So onto the difficult, but enjoyable, task of reading all the abstracts- time to get reading!

One of the main things that's been playing on my mind recently is how I'm going to structure the rest of my thesis- rather understandable given that I've just finished my first year, and my second chapter, so knowing what I'm moving onto next would be quite helpful! I've always had a general sense of where it's going, of course, but the parameters of exactly what each chapter will focus on have shifted around as I've progressed- although I'm surprised at how close to my original proposal my thesis is, in many ways, staying. My initial concept of the structure (well, the plan that got me through my first-year upgrade!) was that I'd consider journeys on an increasing spatial scale: walking journeys ; walking around cities (in England); journeys within England, by different modes of transport (not walking); and finally, journeys between Britain and Europe. A kind of outwards expansion from the small-scale travel implied by walking, to larger-scale movements across the continent (but specifically only within the continent rather than to imperialised spaces further afield).

But I think this has now shifted and the theories I'm formulating are demanding a movement through different types of transport- again starting with walking, moving onto carriage/coach journeys, before considering the monumental changes involved in railway journeys. It's still not a perfect system to divide the thesis by- what about journeys that involve more than one mode of transport, for example? But overall, this structure seems to better fit the themes that are emerging in the early stages of theorisation- a sense of different modes of embodiment and relationships to spatiality according to the type of journey, and the different material realities of movement and discourses of travel that each mode of transport entails. I think the original structuring will still have a place- walking journeys, for example, operating within regional, national, and inter-national contexts will all entail different spatial relations, but this will contribute to a theorisation that is, I hope, more attentive to the intricacies and nuances of journey spatialities. I think as well, it'll enable discussion of "scale" in its geographical sense to be discussed with a greater sense of fluidity and movement, thereby reflecting the concepts of scale I'm working with. Yet even with the clear-cut structure whereby different chapters focus on different journeys, there is still quite a fundamental question underlying my decisions on what to discuss: what is a journey? That is, what counts as a journey? Is every act of walking to be considered a "journey"? Nineteenth-century novels are forever telling of short walks that the characters make: from Jane Austen to George Eliot, families are always walking between the big country houses to visit their neighbours; Dickens' Londoners make numerous journeys on foot, avoiding the busy traffic of the streets. Are these all, always journeys? Are they comparable to the walks undertaken across much greater distances on the Continent- the travail of Mr Peggotty in search of his daughter, the Dorrits' ascent up and across the Swiss Alps, David Copperfield's lone wanderings around Europe? From a feminist perspective, Rebecca Solnit has argued that the shorter walks in and around England are of great significance- in novels like Pride and Prejudice walking is typically a female pursuit, "both socially and spatially the widest latitude available to women contained within these social strictures, the activity in which they find a chance to exert body and imagination" (Wanderlust, p.97). What about, then, interior walking: movement through domestic spaces? Are the "pedestrian feats" of David Copperfield's Aunt Trotwood to be considered- the woman who, when "particularly discomposed" paces up and down the room for hours at a time so that she "must have walked, at various times, a hundred miles in her uncertainty" (p.606), and thus the "amount of discomposure might always be estimated by the duration of her walk" (p.564).

As always, I suppose, it's a matter merely of interpretation as to what's regarded as important and useful for the thesis- which means careful reading and re-reading of every novel so as not to miss so much as a footstep.

The theme for the nineteenth-century studies seminars this term is "The Nineteenth Century on the Move: Mobility, Networks, Exchanges", and given the promising relevance of this title to my research, this looks to be an extremely useful and interesting series. The first seminar on Saturday 4th October certainly lived up to my expectations, with stimulating talks and discussion that provoked more ideas and suggestions for further reading than I currently know what to do with!

Saturday's seminar started off the series with a roundtable on "Thinking through mobility in the Nineteenth Century": cultural geographers Professor Tim Cresswell and Dr David Lambert from Royal Holloway, and Professor Josephine McDonagh from the English Dept. at Kings College London, each gave short presentations that offered diverse interdisciplinary approaches to the panel theme. Tim Cresswell began talking through his paper "Constellations of Mobility" (this, and the extracts of work by the other two speakers, are available on the seminar website above); the paper outlined the "new mobilities paradigm" that has emerged in recent years, raising issues with this and posing an alternative theorisation of mobility that Cresswell termed "constellations of mobility". This was an incredibly useful paper for me- I haven't yet encountered the "new mobilities paradigm" in such a form, and for all the problems of this terminology, Cresswell's analysis drew together theorisations that have appeared somewhat disparate in my research thus far, whilst introducing many new theorists that I need to read in this area. (This was for me one of those wonderful, yet slightly terrifying, moments of research when suddenly you discover an entire area that, despite being hugely relevant to your research, you had no idea existed as such...). Cresswell then worked through the inteconnecting aspects of mobility -  movement, meaning and practice - which must be considered together in order to fully understand the politics of mobility. Cresswell concluded by proposing a notion of "constellations of mobility" which accounts for the interrelatedness of movement, meaning, and practice, and the historical contexts in which they occur. I think this could be a useful terminology to work through as I develop my own theorisation of spatiality and embodiment in transit: I like the idea of "constellations of mobility" which posit journey-spaces as sites of encounter between (or constellations of) a number of factors- historicised spatial consciousness, embodied spatial experience, the material practices of movement, discursive meanings ascribed to mobility, and so on. It's a fluid, adaptable theory, as mobile as journeys themselves.

David Lambert's talk drew upon the introduction to Colonial Lives Across the British Empire: Imperial Careering in the Long Nineteenth Century (edited by Lambert and Alan Lester), focusing on the imperial career of Sir John Pope Hennessy to formulate a "networked" approach to British Empire. Working against older "core-periphery" models of empire, Lambert argued for understanding the British empire as an interconnected space constituted from multiple spatial networks; rather than reading relationships between Britain and the colonies, this involves understanding the networks of connections between different colonies, exemplified in the book by studying the "imperial careering" (in both sense of the word) of British individuals through multiple imperial spaces. Whilst Lambert's study is interesting in relocating the core, binary, understandings of imperial spatiality, I was most excited to see the application of Doreen Massey's For Space in the context of travel writing, something I've been attempting in the last chapter I wrote.

Finally, Josephine McDonagh spoke on mobility and the novel, in which she addressed how (Victorian) literary scholars could productively work with ideas of spatiality and mobility- rather reassuring to hear that I'm not alone in the general aims of my thesis! McDonagh used Lefebvre's theory of spatiality as the theoretical framework for her study, in particular, Lefebvre's notion of abstract space, which McDonagh applied to characteristics of nineteenth-century literary realism to identify ways in which we can read nineteenth century "sense of place" in more particular ways than the generalised ideas of "region" and "landscape" that tend to predominate in literary studies- it was exciting to (finally!) see a literary theorist get to grips with the postmodern geographical notions of space and place, and really talk about literary places in these heavily theorised terms. Turning to mobility, McDonagh looked at how mobility is typically through a mobility/stasis binary, and proposed the need to read mobility outside of this binary- to recognise the multiple meanings and layers of mobility, and thus to better understand stasis (which is just as hard work, and as politically charged, as mobility) as a process which always involves degrees of mobility. This provoked some interesting ideas for my own work as I've recently been trying to define what "counts" as a journey in fiction in order to define the limits of my thesis- not an easy job, because even the most stationary of novels involves no end of journeys on different spatial scales.

I'm looking forward to the next two seminars, on the 8th and 29th November and in the meantime will no doubt be kept occupied with follow-up reading and research inspired by the first seminar.

First Panel of the Year - "Histories of Drinking"