Storm in a teacup

I’ve had a very unproductive day at work. My office was evacuated following a bomb threat sent to the newsdesk.

It turns out we were sent warning of the Tesco bomb threats that shut many stores on Saturday, although a local postal strike meant the letter was delayed. The Tesco store involved wasn’t evacuated, but we were shut out for around five hours!

It sounded threatening although was apparently fairly amateurish. The lack of actual explosions at the weekend would suggest they were all mouth and no trousers! I suspect animal rights activists or general anti-Tesco people were to blame.

Anyway, I learnt a few things. Did you know that forensics officers are now officially called CSIs? They even have the t-shirts to match. The CSI-man looked a bit like a Bond villain.

EDIT: My office was the second biggest story on tonight’s ITV News. Not sure what that says about the decision-making at ITV News, but hey. 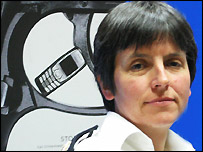 The globalisation of media law?

At present I think I probably know naff all about media law. That’s supposed to change over the next year as I enjoy myself (ha ha ha) studying it. But something that looks set to be an interesting new topic is whether media law can possibly respect national boundaries given the internet.

This story’s come about because of an investigative piece in the New York Times yesterday which revealed far more about the current British terror inquiry than U.K. newspapers would be allowed to print, for fear of prejudicing the suspects’ trial.

The New York Times took the unusual step of putting an IP address filter on users trying to access the story, but of course it doesn’t take a genius to find a way around it. The story Details Emerge in British Terror Case will lead many British users to a page explaining the legal reasons for blocking the page. But… some British users will find their internet is routed from abroad and will be able to see the page with no problems. And other, more inquisitive souls (Would I?!) can just go and use a proxy server to get around the block.

Even better, other newspapers have actually reprinted the article in full on their website, but without even attempting to block the content from British eyes.

So surely the answer is to create an agreement between countries that journalism which could prejudice a trial abroad would be prevented from going online.

It wouldn’t work. Can you honestly see the American First Amendment lobby really getting bothered about whether their newspapers might say something that inadvertantly makes a foreign juror better informed about the case they might have to deliberate on? Not a chance. And even then, if the prosecution do their job properly then they should inform the jury far better than a foreign newspaper could ever manage.

So while the global harmonisation of media laws might seem a good idea on the surface (and I’m sure the EU will catch on to it if they haven’t already), in reality they’re a waste of time. Juries will simply have to be selected more carefully if the legal system is worried about jurors having seen or heard too much about the case in advance, as attempting to fence in internet content on a territorial basis is doomed to fail. It simply wasn’t built with territorial laws in mind, and can’t be bent to fit a flawed system.

Inevitably the following days will see an increase in features about the London bombings of July 7th last year. Indeed, there will probably be a number of blog entries similar in nature to this one.

But how much discussion - or chewing over - of the events is necessary?

Some news programmes have been running features every day of the week, leading up to Friday, while others have so far been more restrained. As I see it, the obvious angles are:

And then the stuff of opinion articles: Has the government successfully talked to Muslims? What is the state of Muslim extremism in Britain? Is the minute's silence appropriate, etc. etc.

But how many of these stories need to be chewed over again? Don't we already know precisely what happened (albeit not who 'masterminded' the attacks), and aren't we acutely aware that there are still people living in the UK who want to bring about a similar attack?

In my opinion, the only valid angle to the story is the tale of the survivors. That's why we're having a one–minute silence, and that's why we commemorate November 11th, nearly a hundred years after WWI. Only by remembering the tragic events can we appreciate how fragile life is, and how dangerous it can be too.

But I fail to see what we gain from some of the 'dramatic reconstructions' we'll inevitably see, with one exception. CBBC are doing a dramatisation of how children in London were affected by the day's events, and from the short bit of it I've seen it looks fantastic, without being alarmist. In fact it should probably be played in schools.

But for those of us who should be able to grasp what happened on July 7th, I can't help feeling that the mainstream media are in danger of patronising the audience, but more importantly, offending those who suffered in the attack, and who surely don't need to be reminded of the nature of the day and the continuing potential for further terrorist attacks in the UK.