What should Ian Thorpe do next? 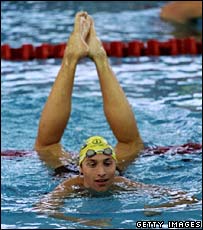 The five-times Olympic Gold Medallist, Ian Thorpe, has announced his retirement at the age of 24...

So with all those years left to fill, what should he do next?