RaW at the Student Radio Awards

RaW had a great night out at the 2006 Student Radio Awards. The station picked up several awards, including a Gold Award for Best Technical Innovation, which I played a small bit-part in.

My interview with David Davis – listen to it here – got Bronze in the Best Interview category, beaten by Pete Swan’s interview with Boris Johnson. RaW clearly loves its politics…

It was a fantastic night out, and a great day too. The nominees were invited to the HQ of GCap Media, the biggest radio group in the country, and the home of Capital Radio, Xfm, Classic FM and more. We got a great tour of the place, and sat in on some live radio shows.

Credit should go to some of the industry celebs who stayed a lot longer than in previous years… even if it was only because they were on the pull (a certain Radio 1 DJ knows who I’m talking about and I’d warn them I have photographic evidence!).

As well as a successful piss-up and a great night of success, it was also fantastic to catch up with the RaW Massive! Now it’s over to the next generation to make RaW a success well into the future (blub!)

RaW at the International Children's Games

A bit late, but here's RaW at the International Children's Games in July 2005. 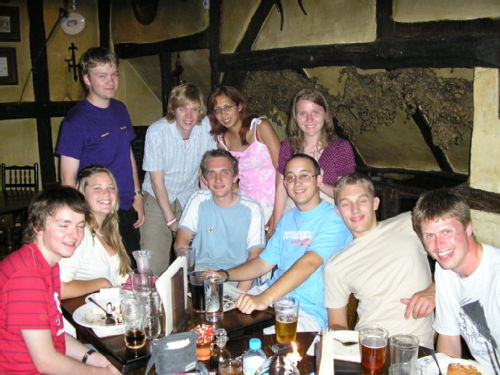 Some of the RaW team who put together the ICG broadcast.
From L-R: Jimmy, Olivia, Phil, Mark, Craig, Shall, Emily, Steve, Dave and Tim. 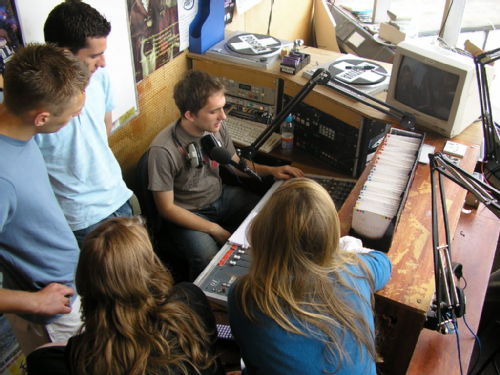 Craig demonstrates how to drive the desk. 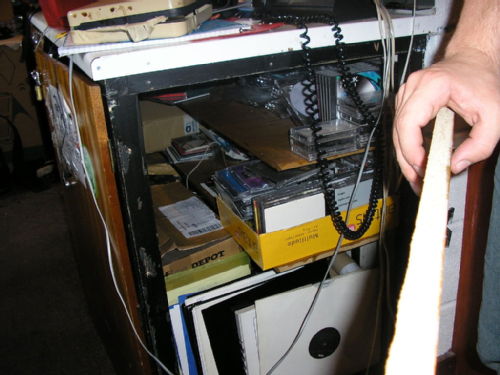 Blatant abuse of the Music cupboard. Necessary, but brutal. 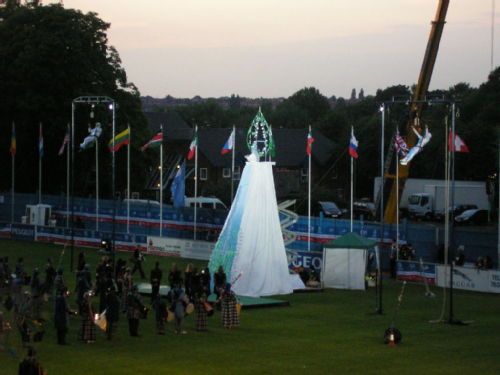 The opening ceremony of the games. My god it went on a bit. RaW was in the Press area next to Sky Sports. :P 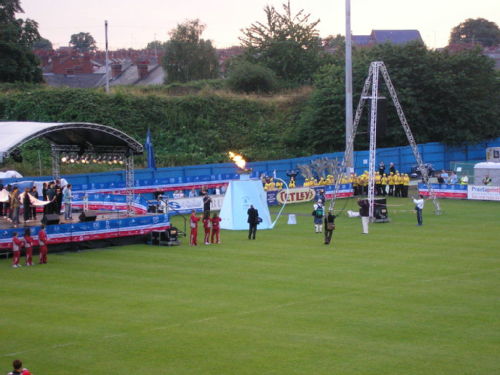 Through some ludicrous contraption, the Games Torch is lit. 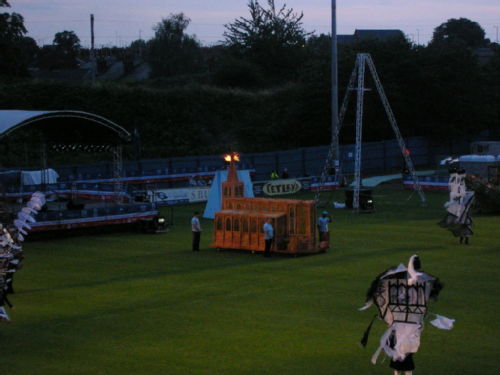 Interesting juxtaposition made it look like the church was on fire. 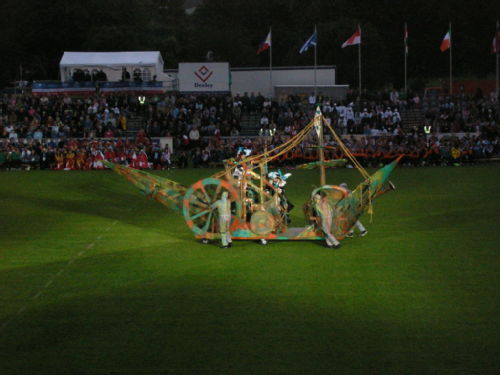 People looking very silly. All in the name of sport and kids and stuff.

You can listen to some highlights from the games here:
Friday
Saturday
Sunday
Sunday
Boys' Football Final
Swimming
Athletics
An introduction to Coventry