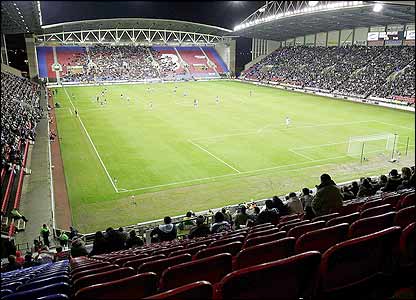 Chelsea have drawn 0–0 with Birmingham…

If Man Utd win at Bolton, they'll be just 7 points from the top.

So is it just possible that the declarations of Chelsea's title win turn out to be premature?