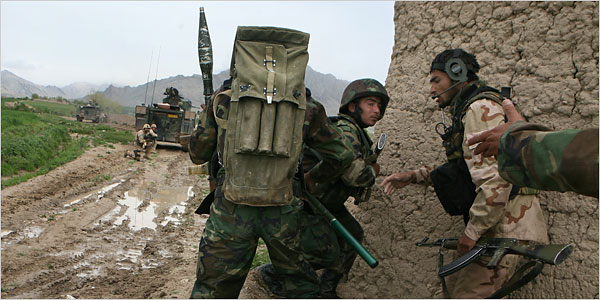 Magazines, like newspapers, are making the move online. Paper is beginning to look seriously unfashionable (did you know 200,000 trees are chopped down to make Britain’s Christmas cards each year?), and the old media is becoming the new.

But unlike in newspapers, there has been a trend towards online-only publications sprouting from unusual quarters, challenging the traditional magazine industry before they can get their feet under the table.

So how do these young pretenders rate?

British-based The First Post is, as far as I know, a relatively recent entrant to the online journalism race. As with any start-up, it’s slightly lower on content than some others, and the articles are very brief. But this makes the site quite endearing. It’s proud of the fact that its opinions are “ill defined”, meaning they’ll publish just about anyone reasonable. Navigation is fantastic, much simpler than other offerings, and the home page is brilliantly un-fussy.

There’s better use of photos than seen on the American sites, and a good mix of contributors from the old media world to the new. Well worth a look, The First Post feels a little like one of those ultra-small handbag-sized magazines, full of little gems.

Slate isn’t especially young. Created by Microsoft in 1996, the magazine was designed to provide content for MSN. Two years ago it was bought by the Washington Post Company, home of Woodward and Bernstein.

The design of the site is quite busy, with plenty of scrolling to be done on the home page. Being American – and broadly liberal – there’s plenty of news articles on Iraq and the ins and outs of the Democrats. In fact as an outsider looking in, there’s little to distinguish the magazine from the New York Times or the Washington Post. Unlike The First Post, the articles are newspaper-length, which is maybe a little long for the internet. But the sheer breadth of material makes it a valuable resource. Another offering from the United States, Salon.com is probably the pioneer in the field (starting in 1995). They’ve gone for a more intrusive advertising policy (making you watch an ad before entering the site), but it’s got better over recent years. Based in San Francisco, there is a slightly heavier bias in favour of the entertainment industry, although there are a number of political commentators who’ve spread their wings (such as Sidney Blumenthal, who also writes for the Guardian).

It got caught up in the dotcom boom, making horrendous losses when the bubble burst. It made its first profit in 2005.

So…
If this short snapshot of the online magazine industry is anything to go by, then the lighter, British newcomer is beating the weighty, over-the-top offerings from the other side of the Atlantic. Having said that, its coverage of foreign affairs is a little loose, and sometimes a bit simplistic. But if you’re looking for something off the mainstream news agenda, any of these three are worth checking out.