I have to say I’ve never been so relieved to change a poxy bit of HTML.

After 114 days, I can drop the ‘Free Alan Johnston’ banner I had on my blog. I suspect I wasn’t the only journalist who pumped my fists with relief this morning.

It sounds like the experience was pretty traumatic, as you’d expect. I hope he gets some rest and is back on our screens when he’s ready for it.

The BBC's Jeremy Bowen has written a sensible and rational piece on the motives of Israel and Palestine for the current crisis in Gaza, and it's well worth a read.

…in the 39 years since Israel occupied the West Bank and Gaza, history has delivered a few fundamental lessons, which neither side at the moment is in any mood to absorb.

The Gaza crisis is doomed to run its course, in the same way that Palestinians and Israelis are doomed to live alongside each other.

For those who criticise the BBC for being pro–Palestine, read this article from their Middle East Editor. Perhaps the same rationality isn't displayed in every broadcast, but it's clear from Bowen's article why the story is a hard one to cover: both sides believe passionately that they are right and will fight endlessly to prove it. Complete objectivity in such an environment must be virtually impossible when so many innocents are caught in the crossfire (on both sides).

Not only is Bowen's article essential reading for anyone trying to understand the reasons for the current crisis, it would also be highly useful for those engaged in it.

What is Israel playing at? 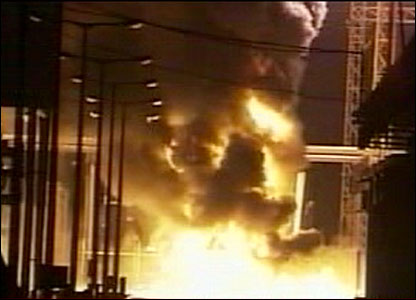 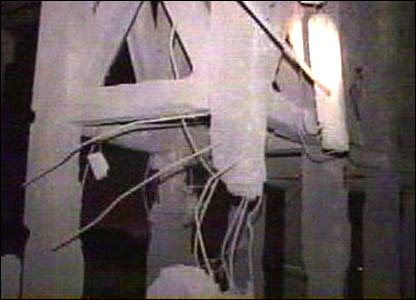 Doesn't Israel's move into Gaza seem more like an act of war than an attempt to arrest what we should probably call terrorists?

It isn't anti–semitic or anti–security to say that Israel's moves overnight were grossly disproportionate to the threat that they believe exists. What they're doing is akin to us going and blowing things up in Northern Ireland because we're trying to smoke out the IRA. Quite simply it's the sort of tactic you might expect in the early 1900s, but today seems completely ridiculous.

Yes, Hamas is virtually impossible to work with, and yes they claim that Israel shouldn't exist. But when has violence ever prevented more violence?

Many of the actions which Israel take seems to be a deliberate attempt to encourage retaliation, forcing continual escalation which will eventually give them a justification for invading.

While the Palestinians aren't about to sign a peace agreement, that doesn't mean that Israel should fight fire with fire.