Why haven't the Tories declared their loans? 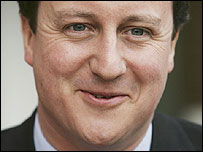 Why haven't the Tories declared their loans?
Because they've got something to hide.

I expect the Sunday newspapers will be full of this, but the Conservatives are obviously trying to cover up who has loaned them money. Conservative blogger, Iain Dale, has named one of them: Michael Hintze, an Australian with British business links. I'll remind you that foreigners are banned from donating to British political parties, but clearly this rule doesn't apply to loans.

Meanwhile, political blog Guido Fawkes has speculated that many of the Conservatives' other loans could have come from hedge fund managers who've been reaping rewards from a healthy FTSE 100.

But I've got a feeling that this is the tip of the iceberg. I wonder how long it will be before we find out about more foreign loans to the Conservative Party, perhaps from people less scrupulous than Mr Hintze.

Labour are far from clean after the Loans for Lordships affair, but by declaring who has loaned them money, it's been made clear they're all pretty much British. Until the Conservatives do the same, a cloud will hang over them which suggests some of their 'loans' may have come from dodgy sources. And I wonder if the Labour Party may know more about the Conservatives' financial affairs than they are willing to discuss publicly.

The rumour mill still has some spinning left to do.