Adam Westbrook has been complaining that many journalists are lazy at Christmas and complain of “no news” when there’s plenty going on outside cosy Britain. He’s right, as usual, although broadcasters have been kept busy this year thanks to plenty of famous people popping their clogs.

There’s been a few rays of light amongst the lazy stuff though. Kate Silverton’s been dispatched to Basra to spend Christmas with the troops, where she’s providing plenty of material for News 24 and covering the daily events as well.

And BBC News Online have managed the near-impossible. A ‘Year in Review’ which doesn’t tread well-trodden ground. 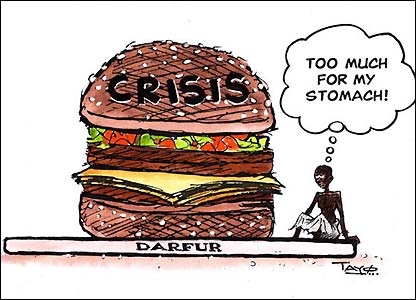 Using the cartoons of two African cartoonists, Jonathan Shapiro and Tayo Fatunla, they’ve proven that pictures are worth a thousand words. Not surprisingly, it’s one of the most popular stories on the site. And it’s the only “Year in Review” that makes the top 10 articles. 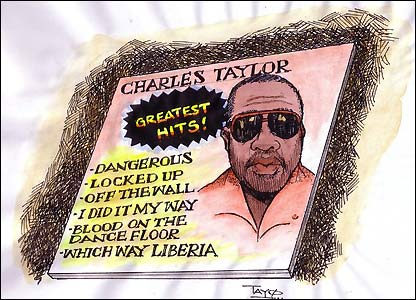