All entries for Thursday 28 December 2006

Should this man get compensation? 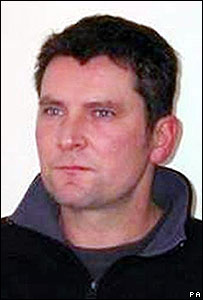 Here’s one for your ethics class. Are there circumstances under which someone should receive compensation for having killed someone?

I started reading this article thinking the claimant was a cynical, money-grabbing monster. That’s probably a result of the tabloid-style writing. By the end of the piece I felt pretty sorry for the guy. I can only suggest you read the whole thing yourself.

While riding his motorbike (at 50mph in a 70mph zone) he struck down a 12-year-old boy who was playing ‘chicken’ on a dual-carriageway. The child died three days later in hospital.

The claimant says he suffered six broken ribs, a punctured lung, a bruised heart, a shoulder injury and psychological trauma. I don’t think anyone would argue the accident was his fault. But should he be compensated?

His lawyers say the child was “negligent” and committed a “violent act” against the biker. They’re strong words, but remember to separate the legalese from the common uses of the words.

If successful, the money would come from the government-funded Criminal Injuries Compensation Authority, which gives out £200m of public money each year.

So what do you reckon? I think he’s got a case for the money. Forget about blame – the guy’s been injured as a result of an accident that wasn’t his fault. But does the death of the child make a difference…? Tetbury Online is a local community website that I created in 2000. It’s had a few reincarnations since then, and in its current one is finally making a bit of money. It’s got an enormous Business Directory with over 300 local businesses listed. And there’s some shiny new desktop backgrounds to be downloaded. Tetbury Online gets a few thousand hits a month. A small web presence for the local badminton club. I designed the site about five years ago and it’s now updated by the club themselves. Content includes league tables, results and fixtures. It gets a handful of hits every day. I did the graphic design for RaW’s new website in 2006. It went through about 20 drafts before the final effort was agreed on – my advice is don’t design a website by committee! The implementation was done by Simon Pain. I did a similar job for some of RaW’s behind-the-scenes software including the award-winning Digiplay. A simple website design for Malmesbury-based JM Forss Opticians. I created this about three years ago and it’s now maintained by the business themselves.