Hot Fuzz is the funniest film I’ve seen in a long, long time.

I was unimpressed by the trailers. I didn’t like Shaun of the Dead. And yet it’s utterly fantastic. Simon Pegg and Nick Frost are brilliant. The direction (Edgar Wright), editing and music (David Arnold – he does the James Bond films) are all brilliant.

The pop-cultural references are excellent: Judge Judy gets an honorary mention. Police officers’ rank is determined by the seniority of the actor playing them. At the start of the film you have Bill Nighy outranking Steve Coogan and Martin Freeman. Jim Broadbent runs the local police station. Bill Bailey is the desk sergeant. Even Gwyneth Paltrow makes a clever – and semi-secret – cameo.

It’s set in the sleepy Gloucestershire town of Sandford (actually Wells in Somerset). It could so easily be my home town of Tetbury. A shoot-out in a branch of Somerfield is beyond hilarious.

It’s so good, even my mum would laugh.

How to kill a mouse 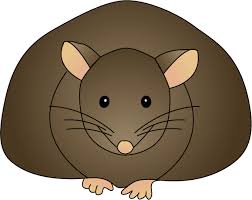 Which of the following do you think is most effective for killing mice? I’ve tried all of them today, but only one worked.

I Hate the Welsh…

BUT IT’S NOT FRICKING ON!!!

BBC Wales, in their infinite wisdom, have replaced it with sodding snooker. It’s not on until 10pm. It’s a Sunday night. I quite fancied an early one. I also wanted to watch the show that’s on afterwards. And they’ve gone and buggered up my evening. And my housemates’ evening. Top Gear is the only thing we all watch.

SO THANKYOU BBC WALES, YOU STUPID IDIOTS. THERE’S A RED BUTTON ON THE REMOTE CONTROL. IT’S THERE FOR A REASON.

And you thought I was going to write some general slur against the Welsh people.

EDIT: It’s getting silly. It’s 10.40pm, Top Gear’s supposed to be on by now, and we’re being treated to A RUDDY GREAT BIG END-CREDITS SEQUENCE!!!! I HATE YOU, BBC WALES.