All entries for Tuesday 05 December 2006 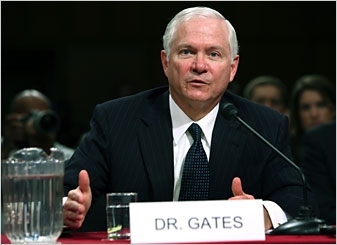 Hillary is quickly making moves in the 2008 Presidential Election before Barack Obama gets ahead.

She’s been putting calls into Iowa and New Hampshire, two of the first states to vote in the Democrat primaries, and shoring up support from local leaders. Adding complication, Iowan Governor, Tom Vilsack, has already announced he intends to run, although he isn’t the current favourite in his home state.

Clinton has, apparently, been making new appointments to her team, indicating she is starting to crank up the effort on key states.

She’s running top in most of the polls, but still being beaten by potential Republican challengers like John McCain.

I wrote a few months ago about Studio 60 on the Sunset Strip, the new drama from Aaron “West Wing” Sorkin, which has been struggling in the United States. It had potential, with a great cast and high production values. But deep inside was a cavernous hole where the plot should have been.

When I wrote it, it seemed the series was gonna get scrapped. The ever-reliable Fox News pretty much confirmed it. Thankfully they were wrong. It’s been picked up for a full 22-episode series.

So, last week (after Episode 10) I thought about writing another entry. That episode had been pretty good, West Wing-standard in fact. But I held off, just to be sure it wasn’t a blip.

It wasn’t a blip.

Episode 11 was shown last night, and it was fantastic. Events have forced them to make one character pregnant (cos the actress really is), and it’s sped up some of the emerging plotlines. There’s far less preaching, far more direction and much better sub-plots which aren’t just believable, but – crucially for a comedy-drama – funny too.

Last night’s was a Christmas episode, but skilfully avoided being saccharine, which is hard for anyone who works in U.S. television to manage. They’ve still got some moralising (the network is being taken to the FCC for allowing the word ‘fuck’ go out during a live report from Afghanistan), but it’s being much better done than a few weeks ago.

Here’s some comments from viewers:

The episode was great, and I don’t know what to do with myself. Quite unexpected.

I hope the show continues in this direction… The FCC thing, unfortunately, is pretty realistic.

What is this…I am so confused…a skit on the show that was actually FUNNY?!

If only they’d kicked off like this, they wouldn’t have lost half of their audience. But the future’s looking bright.