All Roads Lead to Coventry was a joint venture organised by Warwick Creative Exchange, Coventry Artspace and Warwick Arts Centre – the aim was to invite universities, arts organisations and council officers to share ideas about the longer term future for the city and the role that arts and culture could play in reimagining that future. Rather than spending day in meetings, we decided to invite participants to spend a morning walking and talking through Coventry, discovering and rediscovering some of the ‘hidden gems’ which are tucked away across the city (museums, theatres, statues and historic buildings) as well as encountering the everyday experience of a richly varied (but still compact) contemporary city. And so, on a sunny September morning in Coventry, our journey began. 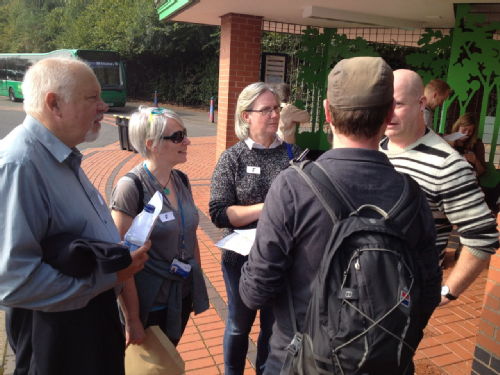 The walks were designed by Simon Bedford, an associate producer at Warwick Arts Centre who greeted us at our starting point – appropriately enough, a car park midway between the city centre and the university. Here we were divided into ten small groups, each comprising cultural producers, academics from Coventry and Warwick universities and some of the senior officers at Coventry City Council. There was a buzz of anticipation – we knew our final destination (the EGO performance space close to the Transport Museum), and we knew that there would be some stops and talking points along the way, but the rest was up to us. Each group was given a map, a few notes on things to look out for and some questions to start the conversation, some chocolate – and away we went.

Our walks started from ten locations across the city, converging in the city centre. My own journey took in the village atmosphere of Earlsdon, the statue of Frank Whittle (inventor of the jet engine and a reminder of the city’s heritage as a centre of engineering, innovation and manufacturing) and the Albany Theatre, a beautiful 600-seat theatre run entirely by volunteers with big plans to relaunch itself as a centre for community arts. Like many of the places we visited, the Albany is hidden in plain sight, tucked away in an impressive former college which it shares, rather bizarrely, with a Premier Inn (see picture below right). 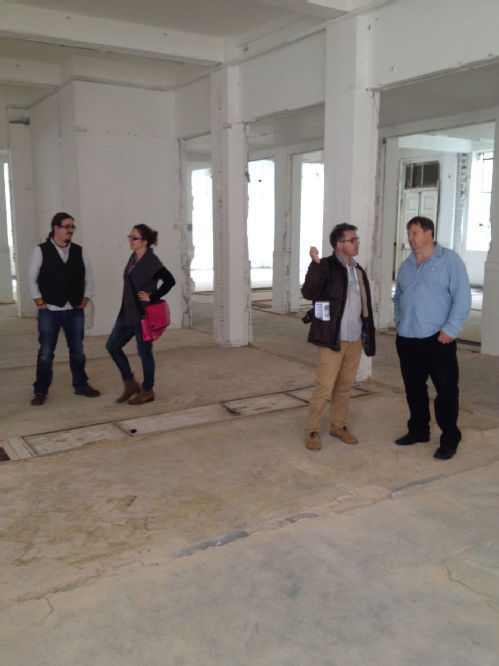 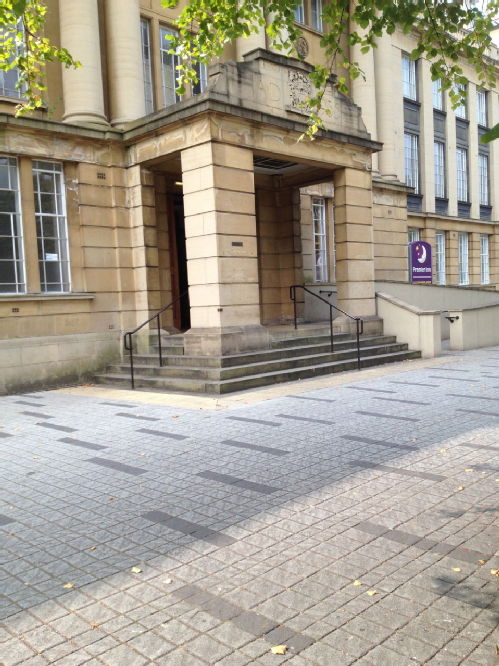 Other groups walked along the canal, visited Coventry’s music museum (home of The Specials and a back catalogue of ska and reggae), looked at the new Fargo development or took in the Hillfields neighbourhood.

Coventry is often identified with its history of motor manufacturing and today it is still dominated by the ringroad – an impressive feat of engineering and a vital artery for people who live and work in the area – but also a symbolic barrier which seems to cut off the city centre from the diverse neighbourhoods beyond. So it was refreshing to be able to walk the city, meandering through its many histories, guided by people who knew its hidden corners and byways.

All walks led to EGO performance space – here we were served a wholesome lunch, shared stories from the day and tried to connect our experiences of the city into a bigger picture.

It became clear in the conversations during and after the walks that people who know Coventry well enjoy sharing its secret histories and hidden pockets of culture and community. But for outsiders, like many of the academics and students at the city’s two universities (including myself), the city is hard to ‘read’ (and hard to navigate!). One of the challenges we confronted was how to connect the city’s diverse histories and communities into a coherent narrative – how can we sell this complicated, fragmented, reticent city in a world dominated by brash city ‘brands’ and honeypot tourist destinations? Coventry is a city which wears its history lightly – ancient cottages house kebab shops, the old city walls skirt brutal modernist buildings. How can we connect the city’s many pasts and presents into a new future? What part can the arts and culture play in drawing the city together and opening it out to visitors? What are the barriers in the way of what we want the city to become? 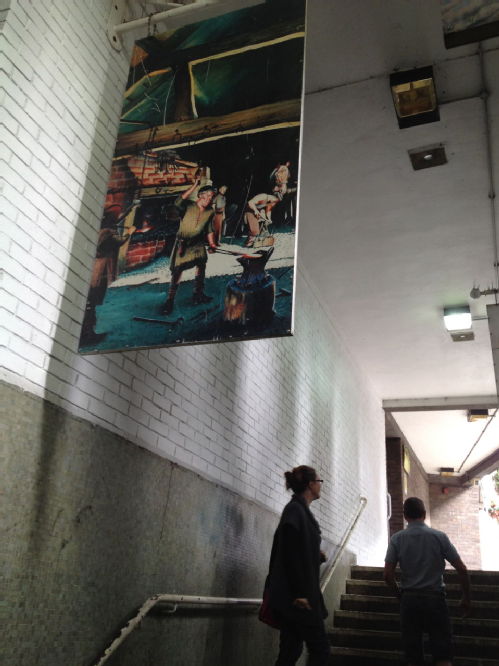 These questions will be part of a series of ongoing conversations between artists, academics and council officers and members over the coming months. If you would like to get involved, please visit the Warwick Creative Exchange website – we will be posting some pictures and blog posts from the day, and posting details of future activities and projects designed to reimagine the city and its culture. You can also continue the journey we started with All Roads Lead to Coventry by visiting Coventry Artspace’s City Arcadia Project, a series of art installations which reimagine a city in transition, beginning with Kathryn Hawkins’ sculptural installation, (river). Or use your smartphone to follow the Trails of the Unexpected walk, designed by Janet Vaughan of Talking Birds and built by digital artist and developer Ashley James Brown. Or just let us know what you think of the city in the comments section below.