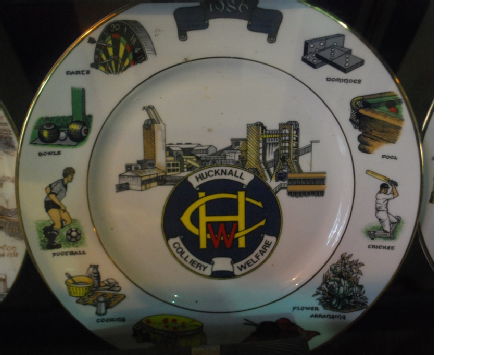 Comparing tastes in the UK and Finland 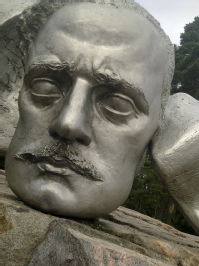 Two papers published this month, written with colleagues from the University of Helsinki, Semi Purhonen and Riie Heikkilä, and supported by the British Academy, represent the culmination of a project on comparing cultural tastes in UK and Finland.

Why compare tastes? Principally because one criticism of the most influential account of the social patterns of taste, Pierre Bourdieu’s Distinction, is that its analysis is tied to a specific time and place and therefore its insights are not transferable to other times and places. Comparison between nations is one way to explore that further.

Why the UK and Finland? Here the answer is partly practical. Many of the comparative studies I’ve read on other topics are prefaced with accounts of their difficulty. Whilst, of course, we had our struggles, our path was eased by the fact that two studies with similar questions, methodologies and a similar relation to Bourdieu had been recently conducted in the UK and in Finland. This made comparison something of a natural next step.

The first of the two papers, written with Semi Purhonen, appears in a special issue of the journal Cultural Sociology on ‘field analysis’, edited by Mike Savage and Elizabeth Silva. Field, along with habitus and the more familiar capital is one of Bourdieu’s conceptual triad, with fields representing the overlapping spheres of human activity in which capitals are struggled over. Field, capital and habitus are always inter-related for Bourdieu – an element of his approach which is often forgotten, at least by some of his critics. In order to be analyzed fields need to be constructed or demarcated somehow – and the special issue shows some great examples of how this can be achieved, in relation to such diverse topics as comedy, fell-running and the digital worlds of musical tastes. For comparison, though – and especially for comparing something as complex and hard to pin down as ‘national taste’ - the fields that are being compared need to be constructed in similar ways. Our studies allowed that to happen, but not without some problems. These problems included how to interpret the different items which are asked about in national surveys of taste and participation, and the different positions of those items in local or national cultural hierarchies – assuming such surveys can’t just be identical (asking about schlagers in the UK would be as meaningless as asking about cricket in Finland). In the paper we explore how Multiple Correspondence Analysis (MCA), the statistical method which underpins Distinction -which produces those infamous diagrams and which Bourdieu describes as ‘thinking’ in terms of relation – allows a partial resolution of these issues by revealing the underlying structure of tastes. Regardless of which items or activities are liked in the two countries, the MCA produced by both projects showdivisions which can be similarly interpreted in both nations, and which relate to class, education and age. The activities themselves are less important, then, than their relation to other activities. We back this up by analyzing the in-depth interviews of people located, through their survey answers, in different bits of our national ‘fields’, so that we can explore how people feel about their likes and dislikes, illustrating how a position in a field is experienced – and importantly reminding us that people are more than an accumulation of their variables. It was an interesting process – and might provide a model for comparative work of this kind in the future.

The second paper, written with Semi and Riie, appears in the journal Comparative Sociology. Here our concern was to use taste to critically explore the notion of ‘cosmopolitanism’, which has emerged as a somewhat hopeful and optimistic form of post-national identity, characterized by tolerance and openness to difference. It is a concept which has been more theorized than empirically explored, though, and taste might be where it is visible. The value of comparison here is that, for all their similarities, the UK and Finland have distinct collective histories shaping their national cultures and are differently positioned in global flows of people and things. We used the interviews and focus groups produced by the two projects to explore how the tensions between the national and the global are played out. We find lots of examples of what the sociologist Ulrich Beck refers to as ‘banal cosmopolitanism’ – i.e. the presence in everyday life of items and people from beyond ‘the nation’, simply by virtue of the globalization of the cultural industries and migration of various forms. Interestingly we find little evidence of rejection or suspicion of ‘global culture’, or at least its US version – which might have been present in studies of this kind in the mid-to-late twentieth century. Age seems to be an important indicator of cosmopolitan attitudes – especially in Finland where learning languages, including English, appears to give ready access to work and travel abroad. In both countries, for younger more educated, professional groups (those with, roughly, more cultural capital), identifiably ‘national’ forms of culture were less attractive than more exotic forms. Older people and those with lower levels of education seemed more attached to the nation (although in Finland, older people who might be identified as elite also seemed to exhibit particular pride in national cuisine). These kinds of findings might indicate some of the ambiguities of cosmopolitanism – it might spread with the cohort effect of younger generations and the inter-connections of global culture, but it is equally likely to be marked by inequalities in cultural capital, although on a global scale.

Producing both papers was a very rewarding process – and hopefully these conversations, about the UK, Finland and elsewhere, will continue.

Warwick staff and students can access the papers via WRAP

You can find links to the articles and follow my research on academia.edu