All entries for August 2014 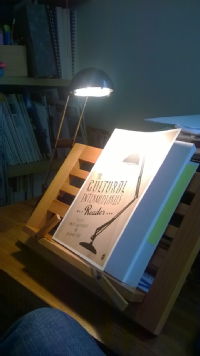 Very pleased this week to receive a copy of a new edited collection to which I have contributed. The Cultural Intermediaries Reader, edited by Jennifer Smith Maguire and Julian Matthews provides a comprehensive and critical overview of an influential concept in theoretical and empirical research on the creative industries. Identified by Pierre Bourdieu as strategically significant figures in in the field of culture in the France of the 1960s, ‘cultural intermediaries’ were members of those then ‘new’ occupations – advertising, marketing, public relations etc. which were concerned with the supply of ‘symbolic goods and services’ and engaged in the processes of identifying, shaping and circulating tastes for new products and lifestlyes. In the fifty years since, such industries have become even more significant, both in their relative scale and in their apparent sophistication. Workers in them have also, through such assumed characteristics as their creativity, dynamism, and their blurring of distictions between work and leisure become models for workers in other industries. An accompanying valorisation of youth subcultures, new technologies and emerging forms of urban living has appeared to place these kinds of workers in the vanguard of social and cultural life – although some well-placed satire has also helped to prick the more grandiose claims made for their significance.

The essays in this collection provide a timely critique of the original concept and also point to some developments of the theoretical language, drawing from the now far more established field of cultural economy which has complicated the distance between cultural production and consumption which the figure of an intermediary depends on. Contributions from the editors, and from influential voices in the field including Liz Mcfall, Sean Nixon and Toby Miller unpick and critique the claims made for cultural intermediaries and for labour in the ‘creative economy’ more generally. These essays are complemented by case studies of empirical work in specific fields of mediation including from Liz Moor on Branding, Victoria Durrer and Dave O'Brien on Arts Promotion and from Warwick’s own Lynne Pettinger on fashion retail.

My own contribution is also in this latter camp and provided a welcome opportunity to revisit research originally undertaken as part of my PhD into workers in the retail book industry in the early noughties in the light of the developments in this field since. Most significant here is the increasing dominance of online forms of retail and the accompanying digital means of mediation. The rise of online retailing was arguably a continuation of a story that had begun much earlier in this particular field. In the UK and US large retail chains had, since the early 90s dominated the book retail landscape, taking advantage of the rational and logistical technologies of modern retailing to reconstruct a field with a long history of shaping literary tastes. Such chains placed smaller stores who were unable to benefit from economies of scale in their negotiations with publishers under particular pressure, and shifted the power relations in the book industry away from publishers and towards powerful retailers and supermarkets able to pile ‘em high and, following the end of price maintenance policies protecting books from the market in the early 90s, sell ‘em cheap. The rise of Amazon effectively beat these firms at their own game, combining the logistical power of computing technology with a mail order - and then through Kindle and e-books, a digital- mode of delivery which physical stores can't compete with in terms of either space or price.

One consequence of this story is the change in the role of the book shop worker. Once imagined as a ‘profession’ amongst service work, and even as a means of entry into the publishing industry, the re-organisation of book retail over the last thirty years has also arguably involved processes of deskilling of its workers. The booksellers of the past might have been intermediaries in the classic sense, taste- makers whose expertise and enthusiasm enabled them to provide guidance to their customers. Processes of rationalisation have undermined the power of that expertise - for better or worse - such that the bulk of the day-to-day work becomes passing a barcoded product, linked to a electronically organised centrally managed stock-database through a till on behalf of a consumer who knows what s/he wants. Workers and firms in my study were often able to negotiate the tensions in this process. Workers were able to insulate themselves from the low pay and insecurity of service work through the pleasures of working with things they loved. Firms were able to use worker enthusiasm as a resource in shaping the semiotic meaning of the shop space – so crucial, so the story goes, to the ‘experience economy’. This accommodation is threatened by the digital context in which the apparently rational calculative consumer meets the algorithmic means of recommendation of the digital retailer, rendering any form of face-to-face mediation at best marginal and at worse an expensive indulgence.

The on-going consequences for these changes for cultural workers and for processes of cultural consumption – in this and equivalent fields - are yet to be worked out. The essays in this book should give students and researchers some useful context to understand the processes at play and provide the theoretical and methodological tools to help think them through in the future.

You can follow my research, including links to the original articles about bookshop work via academia.edu and see other publications via my author page on Warwick's WRAP repository.

The second meeting of the Cultural Economy Network

During the last week of July, the Cultural Economy Network [CEN] held their second meeting – in Monash’s Prato facility in Tuscany, Central Italy. The inaugeral meeting was in Shanghai in November 2013 (see my blog of 2013). The week of the 28th of July began with a symposium called ‘Prato Creative City’, and while not directly connected to CEN, it was co-organised by CEN director Justin O’Connor and featured presentations from a number of CEN members. 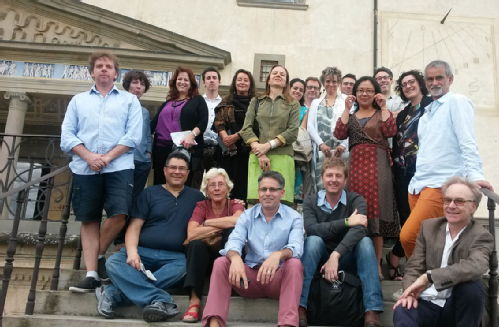 Our tasks at this meeting were (i) to define ‘cultural economy’ as a field of 'cultural' (not economics) policy critique and find a consensus in the group on our intellectual mission; and (ii) outline a strategy. The meeting is a unique gathering of UNESCO experts, cultural consultants, policy researchers and academics. The breadth of experience in the group is huge, and at times made me feel half my age! And yet, through the extraordinary diversity emerged a palpable sense of community, and as we all aired our various viewpoints, we all agreed that a new voice is needed for a critical approach to global issues in cultural policy and creative industries. We will soon be publishing a website, through which a lot of both individual and collective activities will be posted, along with emerging research and publication plans.

The research questions that will be driving our debates and projects will probably revolve around issues like (i) the construction of the concept of 'economy' and its appropriation in cultural discourse; (ii) the discourse of creative economy and its appropriation by agencies and governments around the world; (iii) the ways in which 'creativity' policy discourse has mis-identified and suppressed 'culture' and its social potential; (iv) the stalled advocacy of 'culture' in global policy frameworks, such as the UN's post-2015 Agenda; (v) the significance of the particular cultural projects, artistic interventions, development NGO and city-based urban innovations (the CEN members are involved in) for generating intellectual content for a recharged critical cultural policy discourse. Can we 'shape' the political imaginary around culture, and how? Where?