ICR: The role of emotion and barriers to collaboration between peoples at a time of crisis 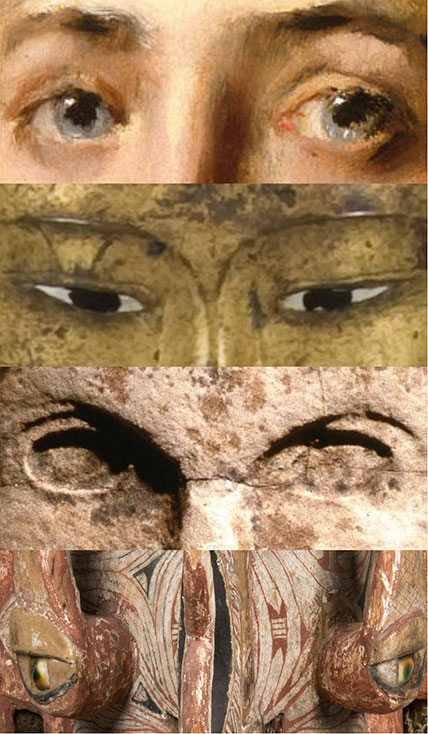 Whilst the United Nations (UN) is marking its 75th anniversary – which has at its heart the idea of promoting conversation and creating a global dialogue – multilateralism and international collaboration are facing a substantial challenge, yet for many countries, collaboration is a necessity. The current crisis of COVID-19, that turned into a global pandemic, has highlighted the state’s own capacity for action but also the interconnected and global nature of our existence and therefore the need for a Global response (Bhatia).

That is why now more than ever, it is important to see other nations as partners. It is important that countries are in a process of mutual learning, understanding and respect. As stated in a joint report Culture in an Age of Uncertainty (2018) by the British Council and Germany’s Goethe-Institut, when global challenges become increasingly transnational, International Cultural Relations (ICR) can make an increasingly important contribution. The report suggests that, while ICR cannot directly solve the global crisis, cultural engagement especially when it is mutual, can contribute by offering spaces for dialogue; strengthening civil society and independent actors, and managing tensions between them and the state. However, even though collaboration is often seen as a key to overcoming the toughest global issues, the fact remains that there are many real obstacles to collaboration that all actors involved are facing and must attempt to address.

COVID-19 is a crisis of uncertainty, physical separation and digitalisation. It has highlighted the barriers to international and interpersonal collaboration and the central role played by emotions in both communication about and responses to the pandemic. Even though geopolitical shifts and technological revolutions enable states to reach out to an ever-growing audience beyond borders, lockdowns have suspended peoples’ personal freedoms to travel and gather. The loss of control over our freedoms and global uncertainty resulted an overwhelming sense of anxiety, loneliness and danger. All these emotions lead to fear, a pivotal emotional state at this time of crisis.

Levoy (2020) observes that the current crisis has triggered a second pandemic, that of fear. We fear strangers who might breath too close and we are each a stranger to the other. With this sense of ‘stranger-danger’ fear is directed towards, not only a stranger at the checkout line but any foreigner, immigrant or refugee. As George E. Marcus notes, many scholars have argued that it is fear that drives the public towards nationalism and often xenophobia. What he adds, is a perspective of the theory of affective intelligence, that recognises anger as a fundamental motivation for nationalism. Anger – is a result of any excessive feeling of fear, or distress. So, with the terrifying spread of COVID-19, nationalism, rather than internationalism, is shaping the response.

The way governments choose to respond to and manage the pandemic – working on their own or together – is shaping future perceptions of the national and international public’s perceptions of a country’s competence, honesty, and dependability. Over the past couple of months, the world has seen examples of national leaders blaming migrants for bringing the virus to their shores and there have been discussions over the ideologies that will emerge and gain strength in the future, who will emerge as leaders of the post-coronavirus world?

Despite the global competition, decisions made by world leaders, that are affecting the livelihood of nations, are governed by the same emotions of uncertainty, fear and anxiety. From an analysis of how world leaders have responded to the crisis New Zealand’s Prime Minister Jacinda Arden emerged as the front runner in her management of the pandemic. Her communication, as Suze Wilson notes, is a balanced combination of: ‘direction-giving’, ‘meaning-making’ and importantly ‘empathy’. The latter comes more naturally when people have direct access to each other’s emotional cues, and people tend to empathise with others who are close or similar. In the current crisis, when the fear, of both the disease and the other is spreading fast, the fragility of empathy and the importance of an empathetic rhetoric from world leaders is paramount.

Covid-19 has emerged in the age of fake news, misinformation and disinformation spread through the powerful conduit of social media. Charlie Warzel points out that there is an ongoing flow of true and false information about safety equipment, treatment, rules, decisions etc. that is especially challenging for social media platforms and can be harmful and misleading for the users. This has been orchestrated not only by individuals but also some world leaders. Interestingly, but maybe not surprisingly a recent report by Reuters Institute points out that politicians and celebrities are the sources of 69% of all social media engagement with misinformation. In this time of instant and global communication government rhetoric takes on a new power but also a renewed responsibility.

Culture however can also provide an antidote to fear and stranger-danger, it has throughout the crisis provided opportunities for people to come together with a sense of community and unity despite physical distance. Various forms of culture can now be accessed online, as cultural institutions opened their doors in a digital space providing engaging initiatives and live streaming. During the UNESCO ResiliArt online debate, it was noted that people tend to turn to arts and culture as a form of escape from a difficult reality, helping to keep people’s inner lives and emotional sanity together, it is a space of empathy. The important role of culture in helping the public to deal with the challenging circumstances of the COVID-19 crisis is also recognised in a Consumer Tracking Study published by the Policy Evidence Centre (PEC, UK).

In Europe, Germany is seen as a leading country in recognising the value of culture, education and International Cultural Relations (ICR). They announced a federal aid package featuring a whopping €50 billion to be distributed to freelancers and small businesses, including those in the creative sector. Also, additional funds were provided to Germany’s Goethe-Institut to continue their work, focusing on language courses online, highlighting the importance of cultural exchange and collaboration in the future. The Baltic countries, Lithuania and Estonia announced their economic support packages that are quite similar: €2.5 billion in Lithuania and €2.6 billion in Estonia. However, neither of these support packages offer additional funds for ICR practitioners and the institutions that develop global understanding and engagement at a time when working together is demonstrably crucial.

The practice of ICR is far from easy even in normal circumstances. Now, when people’s freedom of movement is restricted and emotions of fear, anger and anxiety are playing a central role in nearly all actions – international collaboration and ICR has become even harder to achieve. Whilst a majority of the population is connected in a digital world, there are still people who lack access to technology or a good internet connection and for them it is an obstacle to continued learning, collaboration and connection. Intergovernmental and international organisations have taken action and are already acting as platforms for dialogue, for sharing knowledge and experiences, and for guidance in the current crisis. Nevertheless, what the crisis brings now is the need to rethink and reset the status quo, to establish a different language, a new way of talking that can re-centralise culture’s role in our public life and articulate a collective, global concept of collaboration and sustainability for the future.

As debates on the current crisis and its impact continue, it would be useful for governments to look ahead and start by asking what can be done, by whom and what resources are needed? After the crisis – what will unite us? What will connect us to each other again? Most likely there is still no one who can predict or plan how countries should act after the crisis however, the COVID-19 pandemic gives an unexpected opportunity for countries to reflect on peoples’ orientations towards or against collaboration and to rethink old models of International Cultural Relations by including and foregrounding the role of emotion.

This blog post is part of the development of an event proposition research done during the Placement at the International Cultural Relations Ltd. I am grateful to my placement’s supervisor Stuart MacDonald, FRSA for supporting me, and to Dr Jonathan Vickery and Dr Heidi Ashton for their insights on my research.

ICR: The role of emotion and barriers to collaboration between peoples at a time of crisis on Culture Matters">Tweet