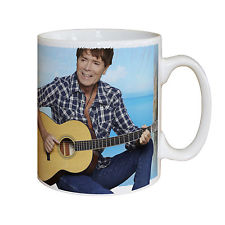 This week I had that slightly bewildering/fearful experience for an academic of touching the zeitgeist/ having the rug stolen from under me. Preparing a talk which I had tentatively entitled ‘Producing tastes’ for a couple of presentations this month, I heard some of the issues I was thinking about being addressed in Grayson Perry’s first Reith Lecture – Democracy Has Bad Taste. My talk is part of a developing writing project on aspects or dimensions of cultural taste and it tries to outline some of the institutional, ‘industrial’ and social processes through which tastes get formed– processes which, like all the most fundamental parts of infrastructure, seem to be obvious and eternal but actually are the products of various histories and struggles. Grayson Perry had a couple of evocative phrases to describe this process – one of which, ‘the lovely consensus’ of people in various positions of power who validate art - I might well appropriate. He is a lively contributor to these debates in the UK - as demonstrated by his authoritative and thoughtful documentary on taste and class last year. Subtly, and sometimes not so subtly, playful and subversive he revels in what he describes as a teasing insider/outsider status which allows him to critique an academic elite, an artworld establishment, celebrities and political correctness as if, as a cross-dressing, Turner prize-winning, CBE-holding, Royal Academy-exhibiting, Reith lecture-giving, Visiting Professor he doesn’t have at least a trace of himself in all these categories.

The talk was always entertaining – but never, I think quite nailed its object. Grayson began by downplaying the prospect of easy answers – but the question of why democracy might inevitably or always produce bad taste wasn’t addressed as much as the less controversial notion that the value of art does not rest in either monetary exchange or bums on seats. Quality was important but it was located somewhere else. Precisely where, understandably for a question which has vexed thinkers for centuries, wasn’t really clear. In place of an answer, though, there was a familiar ambivalence to the notion of the popular. It was evoked as a kind of safety net against pretension on the one hand but also identified as a dubious source of authoritative aesthetic judgment on the other. Perhaps one might expect that kind of ambivalence from a room at the Tate, full of artworld insiders, enjoying being gently mocked by one of their own. Overall the talk, and the questions that followed had what the anthropologists might call a rather liminal, carnivalesque air – a space in which a (validated) clown or fool can poke fun at power for a bit before the rules kick in again, refreshed and renewed.

For me the best moment was when the writer and journalist Miranda Sawyer asked a question about the anger that people unfamiliar with contemporary art might experience in contemporary art galleries– even those who are comfortable with other forms of culture, such as pop music. Part of this anger stems, she suggests, from the feeling that they are being ‘tricked’. This reminded me of a passage from the influential sociological critique of the foundations of taste, Pierre Bourdieu’s Distinction in which he describes the ‘exclusion’ felt by what he identified as the working class audience, confronted by modern art. It is admitting they don’t understand it that betrays this exclusion, for Bourdieu. The bourgeois audience might not understand either – and indeed David Halle’s study of New York art collectors indicates that wealthy collectors of abstract art were as likely to buy things because they went with the curtains rather than because of any judgment about what pieces meant. What the art-insider-audience knows, though, through their accumulated family and educational experiences, is that the rules of the game require them to remain reverently silent and move on to the next piece.

Debates within these kinds of institutions and establishments are probably never going to be able to be genuinely radical about the assumptions upon which they rest. I’ll listen with interest to see if Grayson can pull it off over the coming weeks. It might be that an important first step in a move to ‘democratise’ questions of taste is for the ‘artworld’ to stop talking about art as something separate or special from everyday aesthetic practices, which are also infused with tacit judgments of what is good, beautiful or valuable. If the director of the Tate genuinely does, as Grayson intimates, collect Cliff Richard memorabilia, I for one would applaud him. Admitting it might also make the many other people who do that, or its equivalent, feel more welcome in the gallery.

You can follow my research at academia.edu, or through my author page in Warwick’s WRAP repository.