Speaking as part of the CMPS Research Seminar Series this week, Dr Mafalda Damaso, Lecturer in Cultural Industries and Policy at Erasmus University Rotterdam, drew attention to both the complexity and incoherence of the European Union’s cultural policies and strategies. 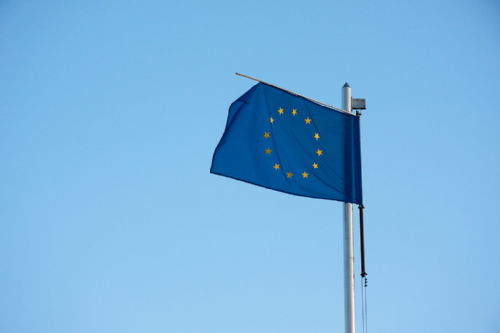 Drawing together findings from various research projects, both academic and commissioned, her talk ’To what extent can cultural policy be transnationalised? The case of the European Union’ argued for EU cultural policy and strategies to be more ambitious towards fostering the trans-national identities that are implied in its policies. In part, what I find powerful about this argument is that it takes the trans-national vision of the EU’s cultural policy at face value, and challenges EU officials to take purposive action towards its stated goals, as opposed to assuming that trans-national identities and affinities will materialise from the various projects it funds which bring, but do not necessarily bind, people together.

In making this argument, Mafalda referred to an article published in The International Journal of Cultural Policy in which she analysed the priorities of the 2015-2018 Work Plan for Culture. Tracing the ambivalent position of culture within the European project back to the Maastricht Treaty (1992), Mafalda, drawing on Aitana’s Guia work on nativism, questions the model of citizenship and identity underpinning the slogan ‘unity in diversity’. With regard to the slogan’s gestures towards plural narratives of identity, the article argues that the emphasis on intercultural dialogue within EU cultural policy places the emphasis on difference between European peoples and cultures rather than affinities.

Dr Dâmaso’s reading of EU cultural policy is informed by extensive interviews with EU officials and other actors involved in the implementation of its policies and strategies, as well as document analysis. At one point, an interviewee admits the ‘constructive ambiguity’ within policy texts (Dâmaso and Murray 2021, p.171). While this comment refers to a specific document, Mafalda explained how ambiguous the EU position is on other topics. Speaking about research commissioned by the European Parliament’s Committee on Culture and Education (CULT), she identified a lack of clarity within the EU as regards the definitions of an ‘artist’. For Mafalda and her co-authors, this is problematic as it limits mobility, a key aim of EU cultural policy, whilst also blocking a shared recognition of the status of the artist as a cultural worker across the EU. Relatedly, she highlighted the co-existence of contrasting approaches to defining culture with the sector-specific and anthropological approaches underpinning different policies.

The distinction between EU internal and external action is important in Mafalda’s work, with internal referring to action within the EU’s borders and external to activities beyond. A recently published article in Journal of Cultural Management and Cultural Policy compares the EU’s approach to culture contained with its international cultural relations activity with Creative Europe, the main programme targeting the cultural and creative industries. Written with Dr Andrew Murray, former Global Director of EUNIC (European Union National Institutes for Culture), the article draws out a distinction between the outcomes-driven (internal) and values-driven (external) emphases within these programmes. This is not merely a conceptual issue for, if the International Cultural Relations Strategy is implemented by Creative Europe as planned, then these tensions may present practical barriers and tensions.

Mafalda concluded her talk by arguing for more trans-national action, and greater funding and support towards fostering a shared European identity, as well as specific programs to address working conditions and power imbalances between multinational corporations and grass-roots cultural organisations. In the discussion, Mafalda responded to questions on: the comparison between EU and UNESCO cultural policies; how her research has been received within EU circles; whether there is hope for a European identity given contemporary social and political events; whether EU cultural policies are aiming towards cultural democracy or democratisation and finally, the exclusions contained within the EU’s approach to cultural diplomacy, specifically in terms of how it defines the ‘European neighbourhood’.

With thanks to Mafalda for sharing her research with us. Mafalda’s report for the University of Southern California on the EU’s Strategy for International Cultural Relations will be published soon. A summary of the findings are summarised in this blog post.

Image credit: “Worn out European Union blue flag” by Horia Varlan is licensed under CC BY 2.0