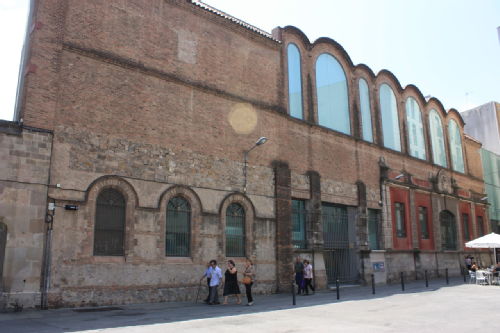 I am compelled to join the recent posts on the ICCPR 2012 conference in Barcelona. It was, as anticipated, a salubrious affair. More important than the salubriousness (is that a word?) was the enormous range of cultural policy presentations, with an impressive range of contributors – individuals from governments, city councils, arts and cultural sector organizations, architects and designers, researchers, and of course, academics. Warwick probably had the highest corporate profile in the conference, given how many of us were there. In a strong sense, I felt that the conference expressed just how cultural policy has indeed become a coherent research field.

My experience of the conference was made richer by several research interviews I conducted while in Barcelona with architects, artists and city officials. My photo above is the main theatre hall of the conference, and below one of the adjacent walls of the plaza in which it sits. I have no idea what this second photographic display is communicating – please tell me if you know.

During the conference I attended most of the urban cultural policy seminars I could. While in Helsinki I had some detailed conversations with a number of fascinating individuals, among them Panu Lehtovuori (see: http://www.panulehtovuori.net/) and Stuba Nikula, MD of the impressive Cable Factory (see: http://www.kaapelitehdas.fi/en/). I came to the conference with a lot of issues swirling in my mind, from urban entrepreneurship and creative economy to more mainstream problems of cultural value and national arts funding. Incidentally, the Helsinki cultural policy research foundation Cupore (http://www.cupore.fi/index_en.php ) were at Barcelona, with an interested talk by Sari Karttunen on the rising policy issue of the role of intermediaries and distribution in cultural production. So what about my ‘issues’?

Many of the conference’s cultural policy issues revolved around the industrialization of arts and culture, cultural standardization and managerial regulation. Of course, if you see cultural policy as centrally about public policy and the political administration of culture, then we find all roads lead to the nexus between cultural economics and the social cultures spawned by the all-powerful market. However, in this framework a lot gets missed in vernacular, urban, social communities, religion and artist-led cultural management, even missing the substantial discursive innovations from professional sub-cultures like those of architects and urban designers. While in Helsinki I visited a new housing estate in a place called Arabianranta (literally, the beach of Arabia in East Helsinki). Artists were contracted to work with housing developers – where the latter were concerned with building, the artists made sure this building was socially sustainable, communal and aesthetically engaged. Between them artists and builders were generating some effective cultural policy frameworks for housing, particularly social housing. I thought of the UK situation and the appalling state of our house-building industry. The first proposal of The National Planning Policy Framework in the UK, whose final version was published in March of this year, culture didn’t even feature. Lobbying on behalf of the cultural sector (like the Arts Council) finally got culture a mention. It was telling, however, that culture still needed hard lobbying to obtain even minimal recognition. And we all know that we won’t end up with anything like Arabianranta.

What was great in the conference was the quantity of presentations about cultural policy outside the arts and national arts funding frameworks (the impact of Ahearne and Bennett’s ‘implicit cultural policy’ was significant). In one of the closing lectures, Pierre-Michel Menger gave a wonderful and sweeping history of cultural policy in the context of the European Union. What struck me was his description of the period 1950-70 that was characterized by a cultural policy that was nation-bound, Government agency dominated, heritage-legacy centred, ‘didactic, patrimonial and institutionalized’. In a time of radical recession, we are surely heading that way again, where ‘culture’ is concentrated in the reliable, established arts silos of patronage, creating oases of inherited refinement amidst an urban landscape of austerity. How about re-thinking cultural policy without the State and without economics, and see what we end up with. Imagine no public funding of any kind (or only for the current closed professional networks) – has cultural policy studies the intellectual resources to define a field of thought and action? 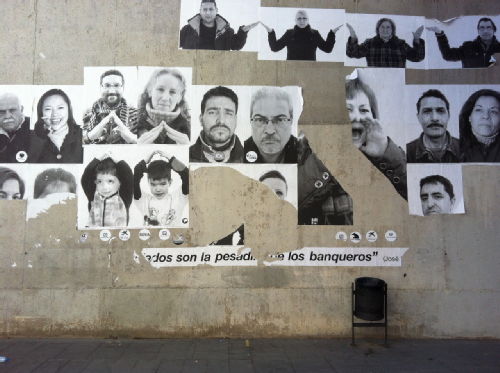 At the Helsinki EGOS conference (noted below) our stream paid a special visit to the Helsinki Design Lab, which was a truly revealing experience. The HDL sits within the company Sitra – the now famous The Finnish Innovation Fund. Our session was hosted by the excellent Bryan Boyer, who offered an articulate insight into both Sitra and HDL’s work, methods and driving values.

See his blog postings on: http://www.helsinkidesignlab.org/people/Bryan_Boyer

Sitra began with a massive endowment, and operates largely with the revenues from that fund. This is significant when understanding their work, as they have no ‘clients’ and any contractual relations they enter into are not based on revenue considerations or competition factors. They purposively look for projects (or problems) with no ‘owner’, such as social problems not covered by existing public policy, or global sustainability issues to expansive for any one government or too complex for the existing capabilities of other NGOs. With an operating budget of around £50m a year, they undertake some impressive stuff: see Sitra’s website:
http://www.sitra.fi/en

What interested me personally about their work was their driving concern for Helsinki as a civic, public, urban space. Bryan spoke of their attempt to ‘normativize’ civic entrepreneurship – provide leadership, models, and effective strategy for ordinary citizens who just wanted to contribute to a process of change in their own urban environment. To this end they have developed some strong exemplar methods of working – one genre of which is their approach to strategic design.

Download their new, free, manual on strategic design (useful for any creative approach to general, strategic and project management and enterprise) here:
http://www.helsinkidesignlab.org/instudio/

The project reminded me a little of Bruce Mau’s Massive Change, although much more pragmatic, theoretically-informed and concentrated on specific, locale-urban, methods of increasing sustainable development, ‘wicked problems’ and the ‘dark matter’ of public-civic policy application. 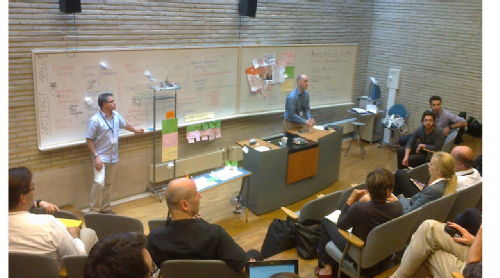 A few weeks ago I attended the EGOS conference in Helsinki – the European Group for Organization Studies, in Helsinki largely because the city is the 2012 City of Design. Thematising ‘design’, the conference contained many more streams than one could attend, with around 1800 delegates. I was part of the stream ‘Artifacts in Art, Design, and Organization’ convened by Stefan Meisiek, Daved Barry and Roberto Verganti. I contributed a session, with some convening myself (see photo) and with Ian King contributed a discussion on design, fashion and the organization. We had three objectives: (i) to unpack the concept of ‘fashion’, which is as relevant to the deep patterning of the global economy as it is the various acts of organizational self-presentation (i.e. dressing); (ii) to use the concept of ‘dressing’ (a ‘shifter’, as Roman Jakobson would say) to explore the symmetries between the self-presentation of the organization (how the organization ‘clothes’ itself) and the individual agent (how our modes of self-presentation articulate our shifting relation to the organization). We also discussed the way organizations in the global economy do not just wish to endure, or become fixed entities, but to embody the ontology of fashion – have the facility to move, change, respond and develop critical shifts in consumer desire; operate with an instantaneous market mobility and viral-like self-generating appeal. Fashion involves both aesthetics and commerce, both triviality and profound symbolic significance, and the interpenetration of strategic business and romance. We had some great moments of interaction and sessions of creativity (see the board in the photo – don’t miss my sculptural contribution in the form of the mobile coat stand).