Oh so you HAVE to write a title here huh? FASCISTS!

In a room at Westwood Gosford, precisely room G107, a man is typing on a keyboard.
He's been very tired for most of the day, due to the fact that he has been sleeping to much this morning and he managed to screw up his whole biological clock by doing so. He never really thought about the fact that being an international student, it's quite hard to be in hall of residence when all of your friends basically leave for their homes for the weekend, since it gets pretty lonely.

He picks up the guitar that his friend has lent him for the weekend (he doesn't play it but he's starting and feels pretty confident about it) and plays the beginning of Adam's Song by Blink 182 (he just learned it by looking at tabs over the internet) trying to figure out what to write on his blog entry. It's oftern very hard to come up with stimulating stuff for him, since he's trying to make his blog interesting and different from the usual "I went to the store yesterday it was soo coool oh my god I met this cute girl/boy and we had coffee together oh yeah and here's a picture of my ass so I can get more visitors" blogs that infest the internet like a plague of egoism and shallowness that devours anything that even looks remotely like a display of human intelligence. Oh yeah and don't forget pet pictures, those are very interesting too obviously since EVERYONE wants to look at your cat don't they?

Looking out the window he sees the usual tree that is outside his hall and just before the road, almost stripped of its leaves by the creeping cold advancing like a trench day by day and that will take over completely on a full scale war that is winter. He remembers that tree having all of its leaves when it was here, and realizes that quite a lot of time has passed since he has been here, and that there are about 4 weeks left until the term ends. Until then he'll just stay here and watch every day repeat itself in a spiral of sexual frustration, caffeine binges and good friends.

After 6 weeks his legs have become accustomed to the 30 minute walk and have become his sidekicks in his adventures by robotically maneuvering themselves among the preprogrammed morning path to Gibbet Hill when the superior part of his body is either in a state of semi-daze with his brain only 20% active or when he's just plain old drunk on certain nights (obviously the path is only half way during these occasions, thank god). He thinks that this whole entry could be summed up with the saying "It's been a long time now" but then again blogs are the essence of useless babbling about the most trivial subjects right? 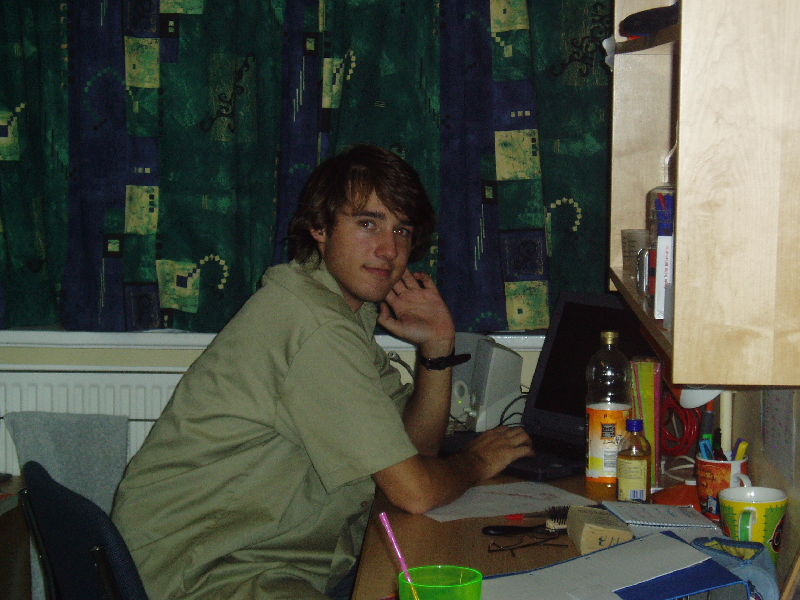 11 comments by 1 or more people