Sorry for the lateness of my blog here guys I needed some time to gather my thoughts or was that to wake up after watching Chris and tom bat, anyway enough of that for now I will explain later.

The game against WMG on Tuesday 2nd June was for me a game against the old enemy of Graham and Terry and any students they could ley their hands on. Although our record has been quite good against WMG over the past few years I always treat it as a grudge match or local derby as some people would say never the less we were there so were they so Game on! and again cricket was the winner.

After winning the toss the skip put them in with confidence that we were going to bowl them out and chase down any totaly they had to offer. After a small discussion mainly on my part I decided that I wanted to field at fine leg and not open the bowling due to a new ball being used.

The game started and within the second over Webby had made the initial breakthrough getting the only guy who had come in whites (all the gear no Idea came to mind). after a few more wickets our own Terry Monnington appeared. The sports centre director turning out for a WMG side that was thought to be a strongish WMG side.

Terry as we well know was doing his usual trick of stepping across the line and trying to ping the ball into the leg side. After the 3rd ball which again was tried to hit into the deep leg and unfortunatly fell 3 yards short of our cabling engineer Harry, a slight field change was in order. Harry moved 5 yards closer and I moved 10 yards round to deep extra cover leaving mid on open. This then gave Terry the opportunity to hit straight through mid on although we did have the ever dependable Mark stood at Mid off.

Predictably the Director did try and hit it straight but it ended up going to mid off and after he set off like a rocket and the student at the other end stood his ground not knowing who Terry was, he was promptly run out by a yard and half with a great throw from Mark.

After a few more wickets and a great direct run out from Saoud, it was Grahams turn to return to the crease; yes we let him bat again. Anyway after he only got about 10 first time round it’s the least we could do to get his average up.

The game was set and in the last over of the game which was mine. they needed 11 to get to 100, the Skip had shouted don’t let them get it and so Game on! the first ball went for a single getting Graham on strike. His first ball went for 2 which I had pushed too far down leg side the next ball I pushed out of the back of my hand down the off side which was fanned nicely by Grahams bat. The 4th ball again was fanned nicely as he again tried to hit me over the top with no foot movement. Then by giving the game away he asked the umpire how many left. The penultimate ball I dragged short knowing he was coming down the track and a good bit of work saw him heading back to the pavilion and Rich getting his first stumping. The game was then set and only giving them 2 off the last ball made the total of 99 to win off 20 over’s.

With Harry and Saoud opening we knew we would be off to a flyer. Saoud being unfortunate to get out early again, only bringing in Rich Warner to ping things all round the boundary and max out. Harry followed and maxed and we were on 70 for 1 off 10. In comes Mr Wood aka Robocop slightly disheartening for Robocop as he had less armour, and Sheepy the welsh wizard, who took it on themselves to take the ITS name as gospel and bat in Binary for 5 over’s. The score creeping up to 80 at a run rate of 2. The skip then shouted for them to get on with it as I think he wanted a drink and ITSLib won the game with 3 over’s to spare.

4 games 4 wins maybe it was worth all the coaching during the winter!

Well the cricket season has started again and for many of us it could not come sooner. After what seemed like a winter of training and coaching everyone, the squad seemed in perfect shape to go and win the game comfortably, which we did with 3 over’s to spare. The reason for this blog is to show people that there may have been an ulterior motive for our opening bat getting a DIAMOND Duck !! please see the flyer below! the front is shown in case anyone wants to go and the back well I will let your own eyes judge, but I think our opening bat has been practicing on the 1’s and 2’s. Beans give you lots of…..

Wind power but how often have you used it. Having put myself in the position of listening to documentaries on the telly and hearing that the elements are the most powerful thing on this planet in my wisdom of being 6'3 and quite a well built chap I thought I would put it to the test. 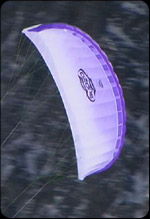 so after buying the above while on holiday in Harlech with my old boss I have found that wind power really does take some beating.

After about 30 mins I was able to keep the kite air born but it did start to make my arms ache. This is when PJ came over the sand dune after finishing his pint to say "come on then give us a go!" so me being me handed him the control handles and watched him get dragged down the beach on his bum, well he is only half the size of me.

What I would like to know is if there is anyone else out there with a traction kite and if so where do you fly them because going to Hearsal Common is getting boring any replies would be welcome.