So, El Beardo and I are planning a wedding. Which, as you can imagine is Very Exciting. And Oh So Stressful.

I sort of understand the evolution of the Bridezilla. I think it comes from two sources:

1. The expectation that the bride does most of the planning (not the groom)
2. The mantra that “it’s your (your plural) day.

This would be fine, if in doing 1, you were allowed to exercise some control over 2.

Unfortunately for me, I am what is known as a people pleaser. I just want to keep everyone else happy. And I am trying. Oh boy am I trying. I’m trying to involve everyone that wants to be involved. I’m trying to meet my maternalworriers expectations/sooth her worries. Am trying to keep the price down. Am trying to not upset anyone with the guest list. But at the end of the day it’s a losing battle.

I now understand why some people go so insane and just steamroller over other people’s opinions, because frankly most of the time they are Not Helpful. Of course, I haven’t done this and have nearly stopped caring about any of it. Apart from the marriage bit of course – looking forward to that. But mostly, the whole process sucks.

Exciting times in the world of this little microbiologist.

1. The bearded one finally got around to asking me whether I’d stay with him just a little bit longer. It took a trip to Denmark and a strategically placed cannon, but I gave in to the tears, wailing and general begging and said yes. So, it looks like I’m going to be stuck with a beardy for the rest of my life. Who’d’ve thought? So, planning a wedding. Which was exciting for about 5 minutes until QUESTIONSQUESTIONSWHYDOYOUHAVETOASKMESOMANYQUESTIONS?!?

Turns out I’m not as into wedding planning as I thought.

2. I have created the ultimate microbiologists fantasy, that is a range of microbe themed top trumps complete with awesome cartoons!

You might think I’m joking, but I’m actually not. Bug Battles. They exist. I have boxes of them in my office. I didn’t do the cartoons (a Good Thing), but I came up with the design, did most of the writing, all of the editing etc. And I think they’re seriously cool.

Ok, I would, I’m a microbiologist. But do you have a cartoon of Ebola on your wall? See. I win.

3. Ooh I have a house! This news is a year out of date, but the fact remains, we own walls. And a roof. Although we knocked down some of the walls. And removed a layer off all the floors. And all the wallpaper. In fact the roof is pretty much the only thing we haven’t changed. Even the garden was de-ground forced (deathslide decking begone). House ownership surprisingly unexciting (money comes out every month), but the fixing stuff up and making pretty is quite fun.

Note to house buyers insistent on buying a ‘fixer-upper’: don’t have a ‘vision’ or a ‘concept’ for a room you’re redoing. Go to B&Q, buy a nice kitchen/bathroom set. ‘Concepts’ are for when you have a)unlimited resources b) lots of time, and c)a builder with the patience of a saint. That said, I do adore our bathroom, but boy did it cost us b, c, and more of a than we planned. Not that we had much of a to play with in the first place…

We're going on a house hunt

Option 1. Buy house currently living in (affordable I think). Maternal pragmatist has pointed out it’s in catchment area for a good school 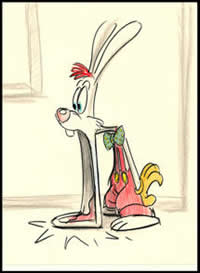 And there was I thinking our ‘ceramic floor which is ceramic but designed to look like not just wood flooring, but laminate wood flooring’ was my primary concern. Oh no.

Eh, eh bien. I do not know. But I go examine 4 houses on Saturday with the bearded one, and try and look grown up. I work for a University doncha know.

I never thought I’d see this day. The day when I open up an email with a conference programme in it and see my name down as a keynote speaker. I’ve only just mastered the art of eating choc ices without giving myself an ice-cream moustache and now I have to speak with authority?

It's science, but not as we know it. Well, I suppose if being a “snot specialist” isn’t a claim to fame, I don’t know what is!

Snow sleet and ice,
Two broken windscreen wipers,
and a bill for one hundred pounds!

This sort of thing makes me very happy

There some sights that warm the cockles of your soul.. and this is one of them :

All I really want

Eh bien, I am a rather sleepy but marginally less confuddled microbiologist. Now this may have something to do that come Friday I shall be jetting off to Spain for a week in the sun with colleaguewithgenerousparents. However, I do still have to give a seminar on Friday on a topic which is controversial to say the least and likely to bring a whole host of evil questions upon me. Further more I have several funding applications to try to pull together with people all over the country who don’t answer emails.

So, it may be because various Good Things have recently happened to me:

1. I went, I auditioned, I passed. Woot! I am now involved in 1 play and 2 choirs. Can’t believe I have put this off for so long-rather exciting to be getting involved in so much. And the choir audition was fun-especially the oral tests (there’s no way of saying that without it sounding dodgy, so snigger away while I roll my eyes and sigh).

2. I went up to Shropshire for much drunken cavorting and general s’moreage. And lots and lots of meat. Lots of meat. Never seen so much cooked meat. Mmmm…meat. And discovered a new part of the country which is Very Pretty

4. Saw friendwhoisimportantgovernmentpersonage and had chocolate cake and enjoyed sun.

6. Assortedchums from Cambridge visited last weekend and we went to Longleat which was so much fun!! Have been once before but not done safari etc, and girliefriends and I went to see Lord Bath’s murals, which if you haven’t seen I thoroughly recommend*.. but watch out for the last room..oooh matron!

7. I got to play with an M.I.S. robot in a pink building today. Tres exciting.

8. I have done lots of ironing. happy sigh

Enfin, I deserve them not, but they have made me a happier bunny. Just need to work out what on earth is going on in my head with regard to other elements and I may yet achieve sanity. Who knows! Watch this space..

*not for quality. Yuck.