Are you for Real?

University of Groningen, Netherlands conducted an interesting research where hetrosexual couples were asked to make love under rather starange conditions — by putting the head under scanner. It showed interesting results related to real and fake big O. 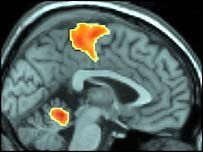 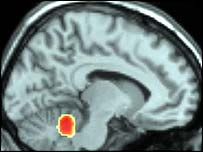 Pictures above are directly taken from here

First picture shows the parts of female brain that get activated while faking it and right side diagram shows the natural one. In left picture, the extra part that is activated is motor cortex — commonly known as conscious part of the brain.

These experiments reveal at least two interesting facts:
1. body movement during big O are un-consciously controlled.
2. Women are pretty good in simulating it, as shown by the part of brain lit in left picture is super-set of right one.