Africa’s Sons Under Arms: Fear of the Armed Black Man in the Antebellum South

What is my research about?

During the Antebellum period, many white slaveholders and their families in the southern USA were fearful of armed black men- both enslaved and free black men. The fear that a 'race war' might break out at any moment was a source of great psychological trauma. My PhD will consider the influences that affected this white fear.

Despite a large historiography of slavery in the antebellum South the significance of fear in white psychology is comparatively understudied. In analysing how slaveholders reacted to news and rumours of the activities of armed black men in both the near vicinity and further afield (both nationally and elsewhere in the Atlantic world), my project will examine reactions to the perceived threat of the black ‘other,’ the particular construction of a black masculinity to be feared, and the significance of this fear in white psychology.

Of particular interest to my research as part of the wider Africa’s Sons Under Arms project is the representation of black men who were armed in the British West India Regiments, stationed in the Caribbean and how news of the regiments influenced the fears of the southern white elite. An analysis of local southern newspapers and slaveholder diaries can help us understand how the real or imagined image of the soldiers of the West India Regiments fed into a stereotype of the ‘armed black man’ who was to be feared. 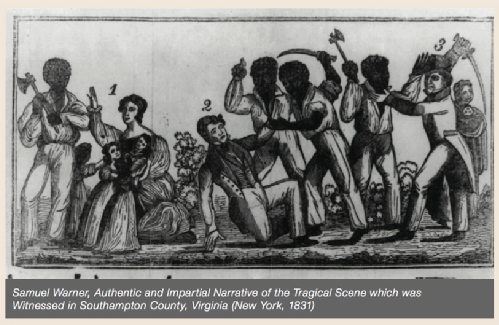 My research will advance work on both imagined and real slave rebellions, and examine how the cultural construction of the ‘armed black man to be feared’ in minds of white elites may have been informed by slave revolts internationally, nationally and at a local level.

This PhD project will build on recent research on maroons (fugitive slaves) in the US. It will examine how the existence of maroons in both urban and rural areas may have affected experiences of fear. I will analyse how slaveholders reacted to news and rumours of maroon activity in both the near vicinity and further afield (both nationally and elsewhere in the Atlantic world), and will examine what these reactions tell us about the perceived threat of the black ‘other’ and the significance of fear in the minds of white elites. Black Soldiers in the Civil War

White fear of armed black men became reality during the Civil War with the arrival of northern troops drawn from the free black community. My study will conclude with the impact these soldiers had on the southern white mind.