Why is no–one watching North Korea?

I'm not usually very fussed about what's happening in the world, and I never thought I'd be writing about global news on my blog. But something has been bothering me.

Why does no-one seem to worry about North Korea?

I don't think it takes a mathematician to detect a pattern here. The question is: what's next? If I were a journalist, I think I'd be writing tonnes of articles about possible the outcomes of this crisis, as I think it ought to be called. This is seriously frightening stuff. The first thing I check when I open BBC's news website, is the Asia-Pacific section. However, everyone around me seems to be discussing all kinds of other things, such as the Tour de France or Michael Jackson. I fail to understand.

And while we're talking news, let me just insert a few words about the financial crisis. First of all, the worst isn't over yet. I don't know where people get that from, but it's BS. Secondly, and more importantly, stop calling it a "recession". You know what it is. 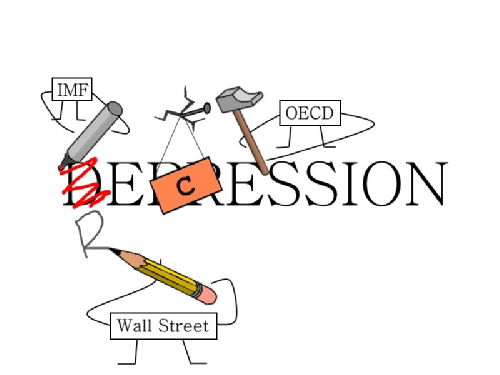